In Europe, France’s smart grid project based in Toulouse – known as Sogrid – entered a new phase this week with the rollout of a pilot involving 1,000 households.

From September 2015 to mid-year 2016, the Sogrid communication system will be tested in real conditions in a bid to allow different devices on the network to communicate with each other.

The pilot involves more than 1,000 households in both urban and rural Toulouse, a city in south-east France.

It will trial a next generation integrated chip using the PLC protocol to enable the transmission of digital information on the grid.

One of the aims of the project is to develop a new international standard.

The pilot forms part of a larger vision to create a smart electricity network that can integrate electric vehicles, renewable energy and demand control management.

ERDF launched the Sogrid project in April 2013 as part of a consortium of ten partners including STMicroelectronics.

The €27 million project has the support of €12 million from the French Agency for the Environment and Energy Management.

Other participants in the consortium include industrial partners Capgemini, Landis+Gyr, Nexans and Sagemcom, innovation companies LAN and Trialog, and the research institutions École polytechnique and Grenoble INP.

In 2012, nine French business and research clusters teamed up to create SmartGrids France to exchanges experiences and support the promotion of the French sector.

The group seeks to create a uniform grid architecture and standards across French SmartGrid initiatives.

The project aims to develop a smart grid that seamlessly integrates a large proportion of local produced photovoltaic electricity, with 1 MW battery energy storage system, supplied by Alstom and Saft, and smart meters in the residents’ homes. 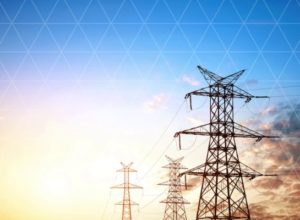 Global market for flexible energy to reach 150GW by 2029