GrDF is a limited liability company and a wholly owned subsidiary of Gaz de France. It employs a total of 12,500 people, manages the longest natural gas distribution network in Europe (185,000 km) and serves almost 9,100 municipalities representing 76 percent of the French population.

GrDF has been given all the assets, rights and obligations of Gaz de France related to its distribution activities, and especially the concession agreements, which bind Gaz de France with municipalities. It is responsible, in particular, for the development, operation and maintenance of the networks, the capital investment strategy, the administration of concession agreements, and third parties access to the distribution network in a transparent and non-discriminatory manner.

A joint department which has been set up with the subsidiary of EDF, responsible for managing the electricity distribution network, will be in charge of responsibility for operation and maintenance of the networks for both subsidiaries, notably emergency breakdown services, meter reading services, and day-to-day relations with the local authorities.

The Gaz de France Group, through GrDF, will promote the values of public service, customer satisfaction, and the modernization and development of networks. 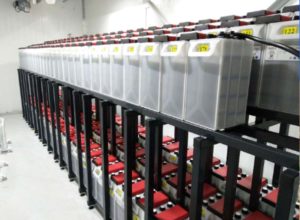