Smart meters would give Germany the infrastructure it needs to allow energy companies to pass on the price signals to consumers to make savings from renewable energy.

This was part of the ‘for’ argument for smart meters held between Felix Dembski, head of Smart Grids and Energy at the German Association for Information Technology, Telecommunications and New Media, and Ingmar Streese, director-general of Consumer Policy at the Federation of German Consumer Organisations.

In a debate organised by the Federal Ministry for Economic Affairs and Energy titled ‘Smart meters: Is it really worth installing them in private households’, Mr Dembski said having household technologies communicate with the energy system will become part of ordinary life, because it helps consumers save money.

He said: “What really matters in this transition is to get the interplay right between the state and the market players involved.

“A limited roll-out of the technology can help build the necessary infrastructure, bring down the cost of the devices, and send the right price signals.”

Dembski said electricity from renewables being fed into the grid means that power-exchange prices on a Sunday can be as low as 1.9 cents per kwh.

He explains that around noon, energy companies see negative prices, which means that, in theory, consumers should be paid for using electricity.

“In practice however, end users pay an average of 29.9 cents per kWh. No matter what day it is.

Dembski concludes: “We would be well advised to build that infrastructure, because it is the basis for innovative and consumer-friendly applications.

“We only need to look at other countries to see how it could work: 40% of consumers in Sweden, for instance, purchase their electricity at prices that are tied to the power-exchange price – no more complaints there about lower wholesale prices not being passed on to consumers.

“Without a doubt, smart meters allow for the development of products that are beneficial to private households. All it takes is the will to do so.”

Taking a stance against a large-scale rollout of residential smart meters, Ingmar Streese, director-general of Consumer Policy at the Federation of German Consumer Organisations, said there is strong evidence suggesting that for most consumers, the costs would outweigh the benefits.

Mr Stresse said: “On the face of it, smart meters seem useful. They provide information on our power consumption and can help us use that power when it is cheapest. It all sounds good.”

However Stresse argues that the fact the Federal Ministry for Economic Affairs and Energy wants to make it mandatory for private households using more than 6,000 kWh of electricity per year to have smart metering systems fitted means that many households will be paying more, because unlike many large-scale consumers they do not receive any discounts.

He continues: “It seems rather unlikely that all households will find that the benefits of the devices compensate for the higher costs.

“There is little potential in private homes to shift electricity usage to a different time and for as long as there are no flexible rates, there will be no scope for saving electricity costs.”

In the case of smart meters without an in-home display, there are no recognisable benefits for the consumer.

Stresse concludes: “It is hard to understand why the Federal Ministry for Economic Affairs and Energy wants to force consumers to have smart meters fitted in their homes – not least because it raises issues with regard to data security and the right to control one’s personal information.

“If smart meters really help bring down electricity bills, this should be enough of an incentive for people to decide to have one fitted on a voluntary basis.”

From 2021, the Federal Ministry for Economic Affairs and Energy has proposed a rollout of smart meters to private households using more than 6,000 kWh of electricity per year.

There are no plans to add any new surcharges to grid fees to finance this; the highest standards of data security will apply. 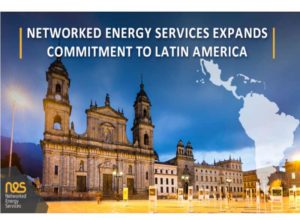