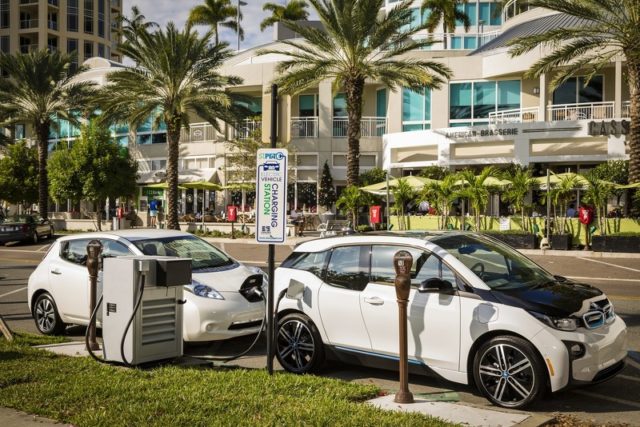 The German government has announced that it will subsidise electric vehicle purchases in a bid to boost growth in the country's EV market.

Having more electric vehicles on the road will also help the country reach its national climate goals “with zero-emission mobility”. Germany aims to have one million electric cars on the road by 2020. Currently there are 50,000 EVs on German roads in a pool of 45 million cars in the country.

The programme is expected to run up to 2019. The government has allocated €600m for the electric vehicle purchase subsidies.

The German government’s EV programme is open to German auto giants Volkswagen, Daimler and BMW as well as all other national and foreign brands.

Wolfgang Schäuble, Germany’s finance minister said that the subsidies will be disbursed on a “first come, first served basis” for electric cars priced no higher than €60,000.

In an address at a Berlin press conference, Schäuble said: “If you want one, buy it quickly.”

[quote] The government is also reported to have allocated €300m to accelerate building of EV infrastructure, namely electric car-charging stations in cities and on autobahn highway stops.

A further €100m has been budgeted for the purchase of electric cars for federal government fleets.

Sigmar Gabriel, vice-chancellor and economy minister, commented: “Overall, the €1bn government programme should subsidise 400,000 electric cars and boost the segment to the point where the e-car becomes “mass market capable.”

Volkswagen CEO, Matthias Mueller, said the government’s subsidy scheme was in the interest of motorists and the auto industry.

“The future belongs to electro-mobility,” said Mueller. “Together we are now laying the groundwork for this future to start more widely in Germany.”

The transport is said to be the market ‘lagging behind’ in terms of growth and development, as a sector evolving under Germany’s energy transition “Energiewende”. However, the EV subsidy programme is expected to change this, and boost the number of zero-emission cars on the road.