The project is aimed at enabling customers to better understand their gas usage and improving customer service through the availability of more accurate and more frequent consumption data.

The project was launched in March 2010, with the selection of the pilot customers, and installation of the advanced metering infrastructure (AMI) was commenced in April. The pilot will run for one year, to July 2011.

Following a tender four vendors have been selected to participate in the pilot, Elster, Itron, Ondéo Systems and Panasonic Corporation.

Elster is providing its EnergyAxis technology to approximately 5,170 customers in Etampes, near Paris.

Itron is providing its EverBlu™ fixed data collection system to approximately 4,920 customers in St Omer in Pas-de-Calais in the north of France.

Ondéo, a Suez Environnement and Lyonnaise des Eaux subsidiary, is providing its remote meter reading technology to approximately 6,290 customers in Auch in Midi-Pyrenees in the south of France.

Panasonic is providing its meter reading technology to approximately 5,860 customers in St Genis Laval and Pierre Bénite in the Rhone-Alpes region in eastern France.

In addition to the four different meter reading technologies, three radio frequencies are also being tested – 169 MHz, 433 MHz and 868 MHz. The objective is to compare the performances of the different solutions, as well as the functionalities they provide, their ease of installation and their costs.

The long term aim for GrDF is to roll out advanced meter technology to its 11 million customers across France. 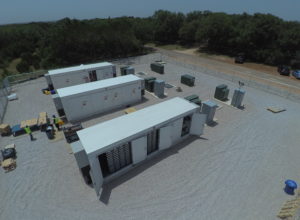