In the UK, Ireland has been chosen as the location for Intel’s new Internet of Things (IoT) Innovation & Development Ignition Lab, with the purpose of collaborating with local companies in research efforts and to develop technologies for the IoT marketplace.

The computer giant’s new Ignition Lab will lend itself to tech companies based in Ireland and  will focus on smart homes and buildings, smart cities, smart cars, energy and utilities and smart agriculture.

The new lab has already begun working with established Irish brands such as Kingspan, Glen Dimplex and Keenans on a broad array of IoT projects.

Intel has thus far established five Ignition Labs in Europe and the Middle East, including in the UK, Sweden, Germany, Turkey and Israel.

Says Louise Summerton, EMEA ecosystem sales director for IoT, Intel: “There are so many unconnected devices in the world today and we want to provide the ability for companies of all kinds to work together and take new products and services to market. It is about building a community.”

In Ireland’s capital, Dublin, Intel has in partnership with the Dublin City Council, deployed 200 different gateways for different reasons.

One example is a weather flood management system that gathers data from sensors, sends it to the cloud and filters data back through analytics software.

Jones continued: “It is devices that connect to the internet that collect the massive amounts of data, which feeds through a gateway and connects to a public or private cloud to move smart information.

“The real power is in the solution at the end that allows you to create analytical capabilities to make better decisions.

“Where the IoT hype becomes truth is turning all that data into new capabilities and new business models.” 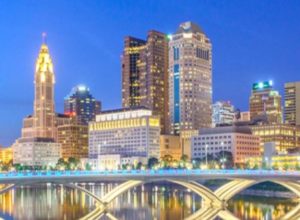