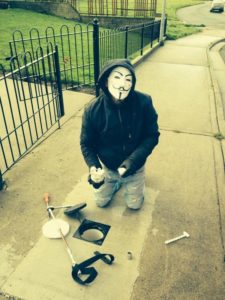 Social media groups are encouraging ‘water meter fairies’ to remove or tamper with water meters around the country.

Local media report that some Facebook groups have been shut down but others are still active, attracting several thousand followers.

Wearing a disguise, the ‘fairies’ are either removing essential components of the reader or removing it completely, allegedly at the request of the homeowners.

But the utility has faced fierce local resistance to water usage charges being introduced to the island for the first time. 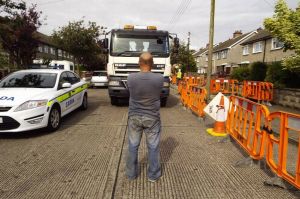 In October 2014, contractors for Irish Water were blocked from installing meters in a number of residential areas due to customer protest. And at the start of this month, tens of thousands of people took to the streets across the country to protest over the new water charges.

Unlike most member states of the European Union, Ireland had imposed no household charges for water until the government approved a billing structure starting from October 1st, 2014.

Under the new payment guidelines, the Government is providing funding to Irish Water to cover children’s free allowance of 21,000 litres per annum per child.

Irish Water confirmed this week that the regulator had granted an extension to a deadline allowing customers to apply for the allowance.

First bills will be issued to customers at the end of January 2015 for water used in the last quarter of 2014.

Irish Water confirmed that the volume of calls to its customer call centre remains high, with 242,000 calls received since the start of the campaign.