KiWi Power have been awarded planning permission to install a battery storage system at Parc Stormy to provide grid balancing services to the National Grid, it was reported this week.

The battery storage, scheduled to be installed in March 2018, will improve efficiency of supply and consumption of power during peak periods, according to a company release.

KiWi Power developed and financed the battery and CEO Yoav Zingher told The Energyst that firm frequency response (FFR) would be one of the battery’s main revenue streams, having secured a contract from National Grid in August.

The battery, provided by KiWi, is one of a series the technology company has supplied.  Recent installations include a 2.5MW battery for Northern Power at the Rise Carr substation and a 6MW battery for UKPN.

Martyn Popham, director of Cenin said: “We are pleased KiWi chose to invest at our Parc Stormy site in Bridgend which is another important step in our goal to demonstrate that by integrating renewable generation on one site you can deliver a reliable sustainable power source whilst providing much needed local economic development.”

Yoav Zingher, CEO of KiWi Power said:“KiWi Power is delighted to bring the benefits of battery technology to high energy users without them having to invest in the battery. This is a major first not just for us at KiWi but for the UK energy sector as a whole. We are able to offer similar fully financed batteries so companies can optimise their energy usage, go green and earn money.”

“The UK is slowly waking up to the potential of flexibility and battery energy storage’s role in that. By applying demand side response (DSR) techniques widely used elsewhere in the world, the UK could save nearly 10GW of demand – roughly equivalent to three Hinkley Point C nuclear power stations.” 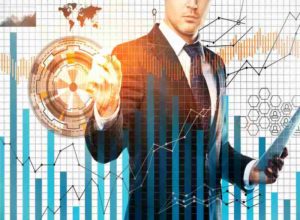 Top 5 growth opportunities in the energy & environment industry for...