London, UK — (METERING.COM) — August 22, 2006 – UK utility British Gas has announced that it will offer rewards to residents in the Liverpool area who report gas and electricity thieves, as part of an energy theft crackdown program that will be launched next week. If the scheme is successful, it will be rolled out across the UK later this year.

The pilot project seeks to highlight the serious risks involved in stealing gas and electricity, and to urge members of the public to pass on the details of known energy thieves to the company.

If the information leads to criminals being apprehended, whistle-blowers could receive a £50 (US$95) reward. Thieves can expect to pay for the energy they have stolen, but the cost of the investigation and meter replacement.

According to British Gas data, thieves stole power worth over £1.6 million (US$3 million) last year in the North West of England alone. The utility’s investigators have identified over 1000 criminals so far, but they believe there are many more operating in the area.

Commenting on the program, Revenue Protection Officer for British Gas Jake Weldrake said: “There is no safe way to steal power. It’s incredibly dangerous, it’s incredibly stupid, and it’s a crime.” He further added: “We’re absolutely determined to stamp this out and catch the criminals cheating the honest majority of customers. I’d urge anyone who knows of someone stealing gas and electricity to give us a call immediately – you could save someone’s life and earn yourself a reward.” 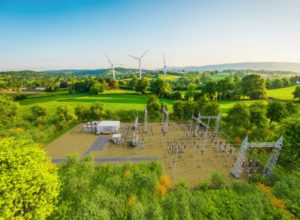