Under the new rules gas suppliers are required to be more proactive in detecting, preventing and investigating gas theft. Suppliers are expected to at least double the amount of gas thefts detected from 3,000 per year to 6,000 per year.

Research estimates that gas theft in Britain costs £138 million, or around £6 per household, per year.

Suppliers are also required to set up a new body, named the Theft Risk Assessment Service, to help improve theft detection by March 2014. This new body will analyze and identify when theft may be happening and pass this information onto suppliers so they can investigate it. Similar bodies already exist in the water, insurance and telecommunications sectors.

“In these difficult economic times it is more important than ever that suppliers do more to crack down on gas theft,” said Andrew Wright, senior partner at Ofgem, adding that equivalent reforms would be introduced to the electricity market.

Besides the new regulations and theft risk assessment service, Ofgem is also working to strengthen the incentives for gas suppliers to detect theft.

Further, suppliers themselves are also considering a number of other measures to tackle gas theft. These include a code of practice setting out how theft investigations will be carried out, a stolen meter register to identify where meters have been illegally switched, a 24-hour theft report hotline, and a forum for sharing best practice on tackling theft.

Ofgem and the gas industry have also been working with Consumer Focus to develop a new code of practice on theft investigations. Subject to Ofgem approval, this code will come into force next month. 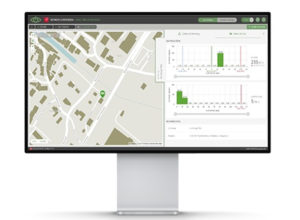