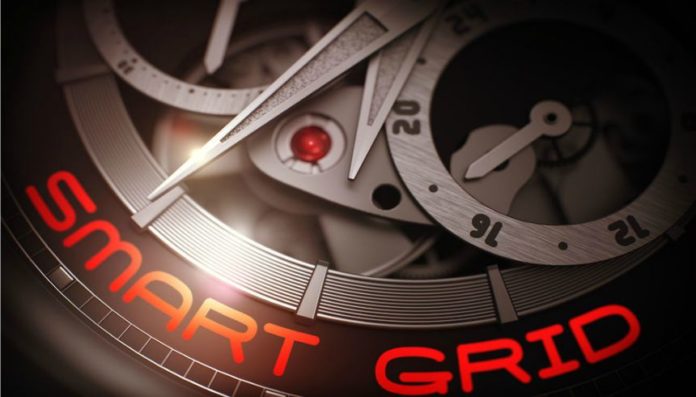 Smart Grid Enablers, the UK’s most comprehensive network upgrade programme, is creating the backbone of a smart grid, supporting the North’s ambitions to put low-carbon technology at the centre of its economy, and enabling solutions that could save up to £500 million by 2031.

It will run to 2023 and deliver the most radical change to Northern Powergrid’s network since the 1970s, transforming its ability to monitor, control and communicate with more than 8,000 substations delivering power to 3.9 million homes and businesses in the North East, Yorkshire and northern Lincolnshire.

The programme will underpin the company’s transition into a Distribution System Operator, providing a platform to roll out smart, cost-effective solutions to actively manage a network with complex power flows that are hard to predict. The company shared the latest details with customers, businesses and energy industry figures at a consultation event on its future plans in York.

Patrick Erwin, policy and markets director at Northern Powergrid, said: “Our Smart Grid Enablers programme is putting our region at the forefront of the low-carbon revolution. It will make us ready to support rapid growth of electric vehicles, heat pumps and solar power in the next decade, while maintaining a reliable system and keeping costs as low as possible for all our customers.

“This is the most comprehensive upgrade programme of any UK network operator and will give us a state of the art command and control capability, enabling us to respond to real-time information about power flow on our network.”

The programme responds to unprecedented change in the UK’s energy system. Increasing amounts of electricity are being produced by solar panels, wind farms and other forms of intermittent, local generation. New ways to manage supply and demand are going mainstream, such as battery storage and paying big energy users to reduce consumption at peak times. Homes are becoming mini-power stations generating and storing electricity with solar panels and home batteries. Electric vehicles and heat pumps will increase demand but also introduce new scope for flexible consumption.

Smart Grid Enablers will create a platform that will let Northern Powergrid roll out smart solutions to support the growth of this low-carbon energy system. The company calculates that it would need to spend £400 to £500 million more from 2023 to 2031 if it had to rely on conventional solutions.

By enabling rapid take-up of low-carbon technologies, Smart Grid Enablers will also support the ambitions of the Northern Energy Taskforce, which has set out proposals for the North to lead the UK’s low-carbon transition and create a regional economy that could be worth £15 billion a year and support 100,000 jobs by 2050. [1]

Northern Powergrid is the first local network operator to develop and deliver a coordinated and holistic programme to upgrade and future-proof the entire system for monitoring and controlling its sub-stations. The complex task involves overhauling a communications network that is the largest private telecoms network in its region, and upgrading more than 8,000 substations without any disruption to customers.

The company has established a dedicated smart network policy and development team to coordinate the Smart Grid Enablers programme, which will be carried out by its team of nearly 100 specialist engineers. It is recruiting and training staff in the skills needed to install and operate more dynamic control systems, develop the smart solutions they will enable, and integrate these into routine operations.

By 2023 Northern Powergrid will replace or install more than 1,900 substation and transformer control units that allow engineers to monitor and control equipment in real time. The communications network to these units will be upgraded to create a secure, resilient digital system capable of transmitting large amounts of data, and it will be expanded further to provide detailed visibility of what is happening on the grid at a local level.

Smart Grid Enablers builds on the learning of Northern Powergrid’s pioneering Customer-Led Network Revolution project, which explored the best ways to accommodate low-carbon technologies in trials involving 13,000 customers. It was the UK’s largest smart grid project, running for the four years up to 2014.

The programme will give Northern Powergrid the capability to develop sophisticated new ways of managing the network. For example, it will be able to dynamically alter network voltages, providing headroom for more generation or reducing demand to help balance the overall system.

The programme will upgrade equipment dating from the 1950s to the 1990s and install new technology. It includes: