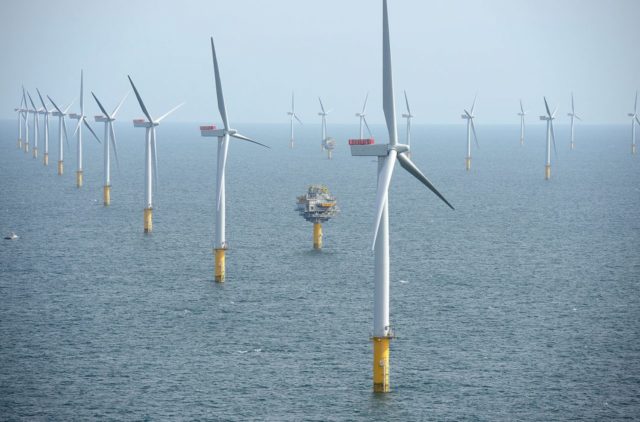 The development of the wind farm falls under the company’s motive to expand its renewable energy generation portfolio.

The company is a subsidiary of UK power and gas utility EDF Energy and has to date more than 600MW of wind farms, with another 150MW under construction.

Under the Northumberland project, the utility also partnered with British multinational infrastructure group Barlfour Beatty to install a sub-station in Blyth, a town in Northumberland. The substation will direct the power generated from the five wind turbines into the National Grid’s network.

In a press statement, EDF said the offshore wind farm will provide power adequate to electrify 33,000 UK homes and is set for completion by 2017.

The farm will comprise a new concrete gravity base foundation float and sink developed by the Royal BAM Group.

[quote] Matthieu Hue, CEO of EDF Energy Renewables commented: “… the gravity based foundations will be made in Newcastle. The Port of Blyth will be used for operations and maintenance and the blades for the turbines will be made on the Isle of Wight.”

The utility and energy management firm said it will continue the construction of the 1000MW off shore wind projects in the area. [Envision Energy wins bid to build 90 MW wind farm in Mexico].

In addition to taking over the completion of the programme, Dong Energy renamed the 160,480 acres project development land to Ocean Wind.