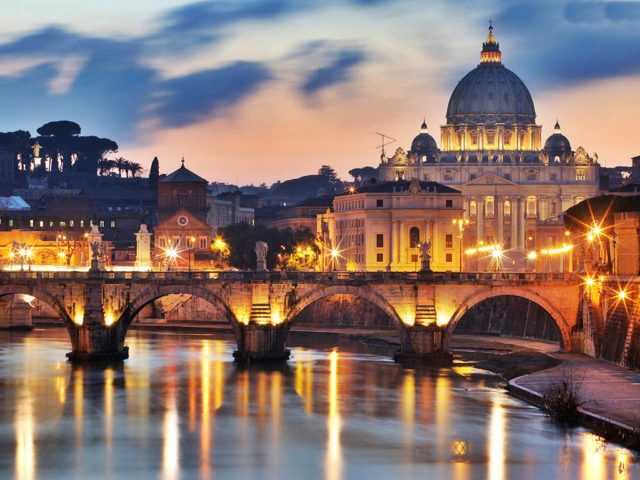 Rome's decision to replace its famous yellow sodium-vapor streetlights with LED lamps is facing strong opposition by some Roman citizens.

According to the Mother Nature Network, roughly 100,000 bulbs have been replaced, half the total number of bulbs that the city plans to retire and replace with LEDs.

Mayor Virginia Raggi, who is leading the push for energy conservation  expects that the retrofits will save millions in energy expenditures.

However, the 48 million euro scheme has faced strong opposition who are of the opinion that the new LEDs are killing the city’s gentle golden glow that visitors to Rome have come to expect the Eternal City to be filled with – romance, intrigue, hideous traffic and streetlights that evoke an intimate, candlelit dinners.

“Illumination is atmosphere. They are assassins of the beauty of Rome, of its history,” municipal council member Nathalie Naim tells the Times in reference to the decision makers at City Hall. “I don’t want to make this personal, but these horrible lights, mamma mia!”

According to Times, Romans have lamented “indignity, decay and decline in recent years because of corruption and lack of services.  Now, when they are finally presented with a change to try to improve the city, they find it is no improvement at all.”

The opinion of the electricity delivery authorities?

Roman electric utility ACEA was called upon for comment on the scheme, to an unidentified spokesperson defended the decision, noting that some parts of the city were too moodily lit and that the brighter lights would help to deter crime and promote public safety, says the Mother Nature Network. He also noted that, in consultation with Rome’s cultural authorities, streetlights in the city’s more touristy historic quarters would “continue to emit a more seductive, eye-pleasing tone.”

There are also others that are indifferent to the decision to replace Rome’s iconic streetlights.  “It’s how you live the city, not the lighting, that makes it romantic,” salon manager Cosimo Barnaba told the Times. “Rome is always beautiful, even with a white light.”