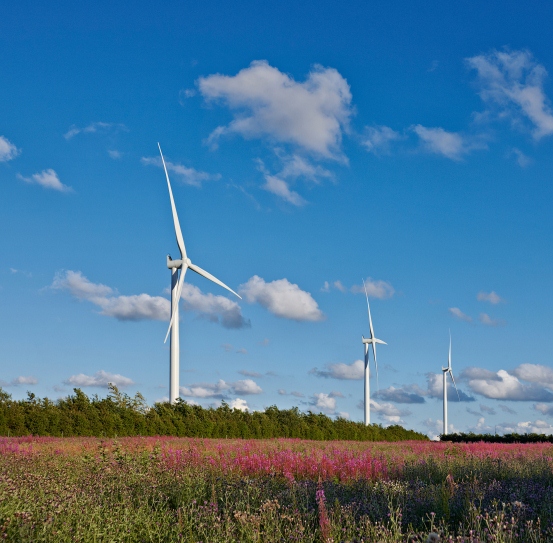 In the RWE Wind Heating project, the two companies have been working together with tekmar Regelsysteme GmbH to equip storage heating systems in two neighborhoods with smart control devices. The storage heaters were programmed to charge their heat stores whenever there was too much sunshine or the wind was blowing. The test phase begun in 2011 has shown that the concept is very effective.

State-of-the-art storage heating systems that are appropriately set up for the buildings they heat are energy efficient, inexpensive, and simple. The units charge the heaters at night using inexpensive power, and release the heat again during the day. However, instead of storing off-peak power at night, the heaters could also act as a temporary store for surplus wind and solar power. According to energy experts, all of the storage heaters in Germany could potentially store 14,000 GWh of power each year. In contrast, Germany’s pumped storage electrical power stations have a combined storage capacity of around 40 GWh per year.

An important precondition for the use of storage heaters as buffers for green electricity is the availability of a smart control device for the charging process – in this case Siemens DEMS (Decentralized Energy Management System) software. The software generates consumption forecasts based on existing user data, and then uses these forecasts as well as information about the weather, the current electricity prices, and the amount of storage capacity available, to decide when a storage unit should be charged. The command is transmitted to the control unit via wireless.

The concept has been tested in residential areas containing a variety of storage heating systems: underfloor heating, separate furnaces, and block storage units. What the residents particularly like about the systems is that they heat the apartments evenly. Whereas a wind-powered heating system is continuously recharged during the day, conventional storage heaters are very warm in the mornings and cool off toward evening. The task now is to make the system attractive for all users of storage heaters by finding ways in which they can benefit from inexpensive wind and solar power prices.