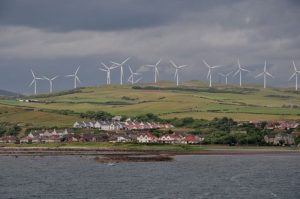 In the UK, active network management company Smarter Grid Solutions has teamed with Scotland’s economic development agency to hold a series of smart grid workshops in a bid to promote adoption of technologies with technology and consultancy companies.

Scotland sees itself as an “exemplar of smart grid adoption and a leading international provider of Smart Grid Technologies”, said the agency in a statement.

The content covered different aspects of the smart grid supply chain – end users, communities and cities, and transmission and distribution.

Industry figures such as Prof Sir Jim McDonald, principal and vice chancellor at the University of Strathclyde, and from David Rutherford, CEO of the Power Networks Demonstration Centre, also assisted with the workshops, which drew an audience of Scottish small and medium sized enterprises in the power engineering, ICT and renewable sectors.

Commenting on the discussions during the sessions, Graham Ault, development director and co-founder at Smarter Grid Solutions, said: “There are many real market opportunities set out for a wide spectrum of Scottish organisations to chase down.

“Many of the workshop participants noted that the smart grid market is new and still not fully defined, however business-as-usual purchasing patterns are starting to emerge in various smart grid product and service areas, indicating a maturing market”.

The UK smart grid sector is estimated to be worth GBP1 billion by 2020.