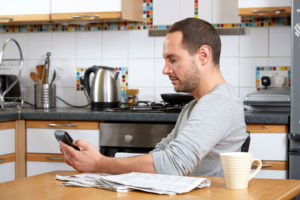 The cost-benefit analysis of smart meters in Scotland is being called into question with the publishing of a study by economists at Strathclyde University.

The research, which is due to be made public in a few weeks, says that the total reduction in energy consumption could be up to two thirds lower than the 3% the Government claims can be achieved by 2030, according to the Herald Scotland.

The comments made by Professor Peter McGregor, director of the Strathclyde International Public Policy Institute, came in the week that Scotland launched a public awareness campaign for smart meters.

Mr McGregor said that reduced energy bills following the installation of the new meters could encourage some consumers to spend the money they had ‘saved’ on other electrical goods, which would in turn push up their energy consumption.

He said: “An energy efficiency stimulus of 12%, for example, results in a fall in household electricity consumption of only 4% for reasons that include the fact that the consumption of other goods – and therefore energy – increases.”

Smart Energy GB, the independent organization responsible for consumer engagement during the smart meter roll-out in Great Britain, said at the launch last Wednesday that the national programme to install smart meters in all 2.4 million households in Scotland between now and 2020 will step up a gear.

The public awareness body is pushing the savings benefits of smart meters as its message to Scottish consumers.

Smart meters show consumers what they are spending day-to-day in pounds and pence, and bring an end to estimated bills. Households with smart prepayment meters will no longer need to pay for energy in person at a local shop. The smart meter programme is one of the largest national infrastructure upgrades in living memory, and will involve every home in the country.

The event in Edinburgh brought together charities, businesses and public sector organisations, with organisers stressing the importance of working in partnership to pull off the large-scale deployment.

“To effectively engage with the entire nation, Smart Energy GB will need the support of hundreds of organisations to make sure every customer, beneficiary, constituent, resident, friend and family member is well-informed and aware of the transformation that is coming to the way we buy gas and electricity.”

Meanwhile in other Smart Meters GB news, IT services company CGI has announced that Centrica-owned Data and Communications Company will use its Adapter solution to manage smart meter data.