Italy and Sweden were the first European countries to embark on nationwide deployments of smart meters in the last decade. As the systems deployed in both countries reach their end-of-life, the distribution system operators (DSOs) are making preparations for a second wave of rollouts. In Italy, Enel’s distribution arm e-Distribuzione is leading the way with plans to install 13 million second generation meters by 2019 and another 28 million in the following decade. Sweden faces a more complex situation with uncertainty around regulations and a greater diversity of DSOs.

At the turn of the millennium, an ambitious industrial project initiated by Enel in Italy marked the starting point of a thorough transformation of the European electricity sector. Nearly two decades later, the Telegestore system remains the largest smart meter deployment on the continent with more than 30 million metering devices in operation. But what was once a state-of-the-art technology solution is now approaching the end of service for multiple reasons. The technical lifespan of meters and communications equipment is 10–15 years, which means that the devices deployed during the mass-rollout between 2001 and 2006 will soon need to be replaced. In addition, the original system design from the early 2000s is becoming outdated in terms of functionality and performance. A new generation of even more advanced meters will be required to meet the future demands of digitalisation in the energy industry.

Enel and its Italian distribution grid operator business e-Distribuzione first outlined their plans for the transition to second generation smart meters in June 2016. Once again, Enel has opted to develop its own meter design called Open Meter. The device is designed to comply with the technical specifications and performance requirements for new meters set by the Italian Authority for Electricity, Gas and Water. Key improvements compared to the first-generation smart meters include 15-minutes data resolution, easy access to data for consumers and faster response times for actions such as change of suppliers. The second-generation meter will also act a smart network sensor, enabling continuous grid quality-of-service monitoring, near real-time identification of network faults and renewable micro-generation. From a system perspective, one of the main changes is the introduction of dual PLC (Meters & More) and RF (169 MHz) communication paths to comply with new network security requirements by the regulator.

In the data management system, Enel has adopted a big data approach, enabling the system to move from managing 450 million to 7,000 billion remote meter readings per year.

During the summer of 2017, e-Distribuzione presented details about the rollout of second generation meters in Italy. The DSO envisages the installation of 41 million smart meters over a period of 15 years, with around 32 million replacing the current first generation meters and the remainder resulting from new connections and customer requests. The overall investment destined for the plan amounts to, approximately, €4.3 billion, with €1.3 billion for the first 13 million meters by 2019. Some 250 contractors and 4,000 technicians will carry out the installations. 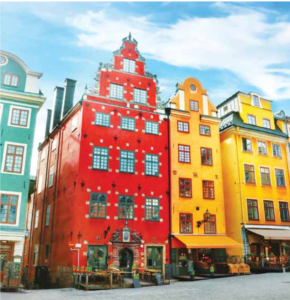 While Italy is preparing for another megarollout, the second wave in Sweden is moving slowly. The vast majority of the smart meters in the country were deployed in just a few years during the first wave rollout that ended in 2009. These devices are approaching the end of their technical lifespan and will need to be replaced by the early 2020s. However, no final decisions have yet been made about the technical specifications for the next generation of smart meters. The regulator EI published a proposed set of functional requirements in 2015, which was not approved by the industry and other stakeholders. A revised proposal is now scheduled for presentation in November 2017. A handful of smaller DSOs have already deployed second generation systems to replace systems that were either old or had very basic requirements that will not fulfil future requirements. The big three DSOs in Sweden E.ON, Ellevio and Vattenfall with approximately 1 million customers each – are in the planning stage for their second wave deployments and can be expected to launch tenders once the regulatory situation is solved. Altogether around 5 million next generation meters will be installed in Sweden before 2025. Denmark and Finland are other countries in the Nordic region with a large proportion of early first generation smart meter installations. Norway was the last mover in the region and will complete its nationwide rollout at the end of 2018.

As industry stakeholders in Italy, Sweden and other countries set out to define the second generation of smart metering systems, they need not only to take into account the energy system of today but also to anticipate what the future will look like in ten and twenty years’ time. Renewables and electric vehicles are on the rise and energy storage is becoming a commercially viable concept. The future energy market will become interactive and the meter will serve as a gateway between consumers and the grid. The big challenge will be in managing the complexity in the new system. Enabling innovation without compromising security, releasing market forces without market failures and balancing diversity against efficiency. Smart governance will be key to success. Major industry players can lead the way by investing in innovation but they will always rely on the support of a sound regulatory framework. The absence of relevant regulations and poor decision making will at times hold back the market. The best approach will be to deploy versatile technology platforms that can adapt to changing market needs. Because the one certain thing is that the energy market will not be static.

Tobias Ryberg is co-founder of the M2M/IoT analyst firm Berg Insight and a leading international expert on wireless IoT communication and applications. Having covered the M2M/IoT sector for more than a decade, he is one of the most experienced analysts in the industry and author of numerous reports and publications covering the market. Mr Ryberg holds a degree from the School of Economics and Commercial Law at Gothenburg University, Sweden.

“This article originally appeared in the issue 4-2017  of our print magazine. The digital version of the magazine can be read online or downloaded free of charge.”