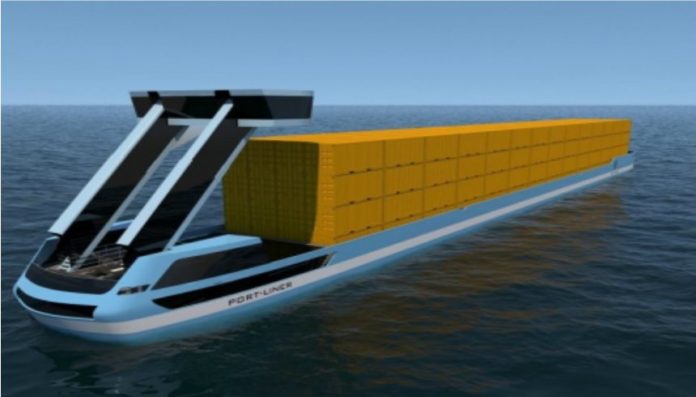 Dutch company Port-Liner is to introduce the world’s first electric barges that will be used in Europe’s waterways.

Climate Action reported that the manufacturer made the announcement that it is currently building two of the vessels at a cost of €100 million ($123 million), with help from the European Union having approved a €7 million ($9 million) grant for the project.

The vessels, which have already been given the name Tesla ships, could be designed to operate without personnel between the ports of Antwerp, Amsterdam, and Rotterdam.

In addition, they will be capable of carrying 280 containers and lead to the removal of 23,000 trucks from the road each year.

Chief executive of Port-Liner Ton van Meegen told trade publication The Loadstar the vessels would be the first of their kind: “There are some 7,300 inland vessels across Europe and more than 5,000 of those are owned by entrepreneurs in Belgium and the Netherlands. We can build upwards of 500 a year, but at that rate it would take some 50 years to get the industry operating on green energy.”

Instead, keeping the 20 foot batteries in a container will allow the company to retrofit barges, “which is a big boost for the industry’s green energy credentials”, according to Van Meegen.

“The containers are charged onshore by carbon-free energy provider Eneco, which sources solar power, windmills and renewables,” he stated.

The announcement represents some of the first steps towards decarbonising the shipping industry, which has so far lagged behind other sectors in making the transition to a low-carbon economy.

In December 2017, China launched the world’s first electric cargo ship, which can travel 50 miles an hour and takes two hours to charge.

“As the ship is fully electric powered, it poses no threats to the environment. The technology will soon be likely … used in passenger or engineering ships,” said Huang Jialin, head of Hangzhou Modern Ship Design & Research Co.