The three companies will work together to roll out the Sigfox IoT network, currently deployed in nine countries registering 5 million devices currently on its network.

According to a joint statement, NETTROTTER, a new Italian company and Sigfox Network Operator, “will provide two-way subscription-based connectivity to Italian customers,” with rollout expected to begin in Rome and Milan.

The release adds that NETTROTTER will work closely with Sigfox and IT developers in order to integrate the Sigfox protocol into a wide range of applications.

Italy is reported to be the 10th country to receive SIGFOX network nationwide coverage and is one of the largest Machine-to-Machine (M2M) markets in Europe.

“The Internet of Things network is key to NETTROTTER’s plan to install and operate the IoT throughout Italy, because it provides highly scalable connectivity at low-cost and very low energy consumption for connected devices.”

Guido Barbieri, Co-CEO of EI Towers added: “The new network to be developed … will allow us to create new services and to enhance our portfolio by leveraging our existing core business.”

As part of its global expansion, Sigfox announced that its IoT network will be installed in 10 major US cities by Q1 2016: San Francisco, New York, Boston, Los Angeles, Chicago, Austin, Houston, Atlanta, Dallas and San Jose.

In Europe, the French telecommunications provider recently also partnered with local telecoms providers in Luxembourg and Denmark, deploying its IoT network toward lowering barriers to wide implementation of IoT and M2M applications. 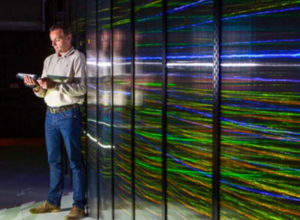