In France, EVESA, the operator of street lighting and traffic control systems in Paris, has selected Silver Spring Networks to deploy a citywide canopy network.

The deal is part of a long-term effort to reduce its public lighting energy consumption by 30% over the next 10 years.

The deployment of the citywide canopy will connect above-ground and subterranean cabinet-based controllers for street and traffic lights across the city, Silver Spring confirmed.

Scott Lang, chairman, president and CEO of Silver Spring Networks, said: “With more than 2 million citizens and 16 million annual visitors, modernising the public lighting infrastructure for the ‘City of Lights’ while preserving its world-renowned aesthetic is a crucial undertaking.”

The partnership between EVESA and Silver Spring began in May 2013, with a project pilot that focused on a small portion of a central Paris neighbourhood along the Seine river in the north of France.

In addition to the California-based company’s work with EVESA, the city of Bristol in the UK has selected US company to deploy its standards-based IPv6 wireless network to connect smart sensors and existing assets as part of ‘Bristol is Open’ smart city programme.

The platform, which is a joint venture between Bristol City Council and the University of Bristol, will be used to connect Bristol City’s streetlights, creating an intelligent street lighting network. 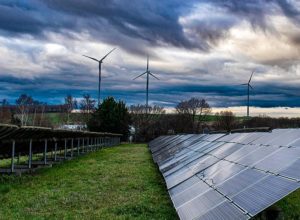