Brussels, Belgium — (METERING.COM) — November 8, 2006 – The blackouts that started in Germany and spread to several western European countries last Saturday could have been prevented if the European Union’s plan of establishing a single energy market in the region had already been implemented. The reason for the power cuts are presently being examined by the Union for the Coordination of Transmission of Electricity (UCTE) and more information is expected shortly.

Energy Commissioner Andris Piebalgs said: “Whilst these blackouts lasted for relatively short periods of time, they are unacceptable. The EU needs an internal market based on the very highest levels of system security. These incidents show, once again, that events in one part of Europe impact on other parts and again confirm the need for a proper European energy policy. Energy security is better delivered through a common European approach rather than 27 different approaches.”

Piebalgs has written to UCTE as well as to the European Transmission System Operators (ETSO) asking for the cause of the blackout to be established and for steps to be taken to ensure that it does not happen again. “In addition, I have asked the European Regulators Group to meet as soon as possible to provide a report to the Commission on the lessons to be learned from this event,” he said.

The Commission is due to release its European Energy Policy early next year, and Piebalgs believes that the need for network security in Europe to be strengthened should form part of this Policy. He proposes that that a formal European grouping of Transmission System Operators be created at EU level, with the task of putting forward common positions on issues identified by the Commission – and in particular network security standards; that a mechanism to ensure that these standards are formally binding on network operators be instituted; and that a European Priority Interconnection Plan be established to make quicker progress on ensuring that essential new interconnectors are built. 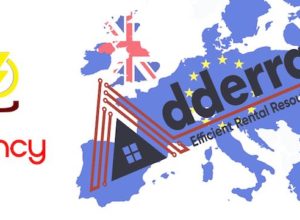