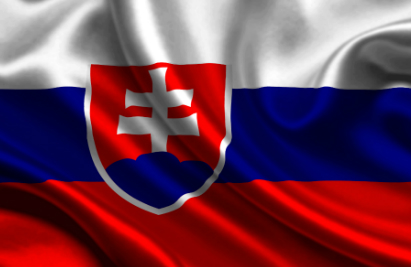 Slovakian power utility, Západoslovenská Energetika (ZSE), are expanding their offering from pure energy supply to a wider portfolio of services and have, since mid 2017 been providing households with smart solutions under the brand name ZEON.

Particularly notable is a mobile app that offers information about current malfunctions and planned shutdowns and allows outage reporting with a specific focus on the blind or visually impaired.

[quote]In cooperation with Stopka, ZSE integrated their distribution capabilities into the Stopka COrvus programme, a set of Android smartphone applications designed for the blind and visually impaired.

Andrej Juris, Chairman of the Board of Directors of ZSE, said: “Our company has undergone a major change in recent years. We try to realise a number of activities that will move us closer to our customers. In addition to traditional contact, phone, preferring older customers, is growing demand for electronic communications.

“The new concept of the web and online services, as well as the introduction of our mobile app, are just the beginning of the change, the online environment is definitely going to be strengthened. Statistics and customer interviews show that this is the dominant direction of customer service in power engineering, “said

In addition to expanding services, ZSE is taking part in the URBAN-E international project, which is aimed at supporting the expansion of the electric mobility infrastructure in Europe.
Under the URBAN-E project, the main cities of Slovenia, Croatia and Slovakia –  Ljubljana, Zagreb and Bratislava – will be part of a network of 167 charging stations.
For the project has a budget of nearly €4.5 million of which €3.8 million in grant will be sourced from the European Commission.
The URBAN-E project will include the development of 55 electric vehicle charging stations in Bratislava.

The project will jointly involve the capital city of Bratislava, ZSE and GO4, a courier company and the operator of the first free e-taxi services.

Ivo Nesrovnal, Mayor of Bratislava, added: “The capital city has the ambition to reduce the energy footprint of its city by supporting smart solutions in green infrastructure and transport. The huge space and potential currently offers a rapidly evolving area of e-mobility. That’s why the city, along with powerful partners such as ZSE and GO4, have entered this project. The main goal of Bratislava in building an intelligent city is to improve the quality of life of Bratislavans and visitors of our city.”

“We are delighted that the long-term e-services experience that our subsidiary has earned can be utilised in partnership with both the private and public sector partners in this project. The number and capacity of fast-charging stations, both on local and national level, as well as control software and user-friendly applications for customers, are all necessary to move towards sustainable transport, “said Marcel Lukačka, Managing Director and Sales Director of GO4.

The European Commission awarded the URBAN-E grant in July 2017 as part of a financial mechanism to support infrastructure networks. The main cities of Ljubljana, Zagreb and Bratislava will cooperate on the project with ZSE (Slovakia), Petrol (Slovenia), Slovenian Railways, and GoOpti (Slovenia, Croatia) and GO4 (Slovakia).

The main coordinator of the project is PETROL (Slovenia). The project should be completed in December 2020.