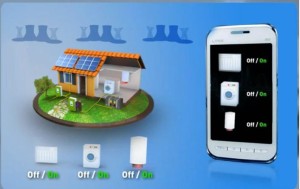 In France, officials supporting the Nice Grid project have indicated that the smart energy neighbourhood pilot is ready to be rolled on a wider scale.

On a visit to the Nice Grid show room earlier this month, Michel Cadot, prefect of the Provence-Alpes-Côte d’Azur region, confirmed that the pilot had validated a larger rollout in what could be Europe’s first smart solar neighbourhood.

The project aims to develop a smart grid that seamlessly integrates a large proportion of local produced photovoltaic electricity, with 1 MW battert energy storage system, supplied by Alstom and Saft, and smart meters in the residents’ homes.

However, a key part of the project is to give the consumer the opportunity to better manage their energy use and optimise on their own solar resources.

Christophe Arnoult, project manager with ERDF, said: “The idea is to see if it is possible to move the customer from a pure consumer attitude towards a more proactive prosumer.”

Commenting on the other objectives of Nice Grid, Mr Arnoult said: “We will have pockets of network fully equipped with solar generation…and batteries, why not push the system to the limits and see whether it is feasible to operate a small part of the low-voltage network for a small period of time as an independent network drawing its power only from renewable sources?”

Nice Grid began in 2011 with a total investment of €30 million funded by the Future Investments.