The new British Energy Secretary, Amber Rudd, has not confirmed the reappointment of Baroness McDonagh as the chairman of Smart Energy GB, raising concerns in the sector, the BBC reports.

According to the BBC, this comes only a week after the Baroness questioned how the smart meter rollout programme was being run. It is believed that there was a disagreement between the Baroness and government about appointing a private sector chief executive to run the rollout project.

“As we know from experience, governments are not good at big infrastructure projects because it’s not their business,” she said.

“To do these things well, you need to be doing them all the time. When a body can focus on these things with a date in mind – like the Olympic delivery – they can achieve it on time and on budget.”

The government felt that the call was unnecessary. “Last year, an independent review on the smart meters programme backed the current delivery model, which is going to deliver the benefits of smart meters at the lowest possible cost to billpayers,” said a spokesperson for the DECC.

Ms Rudd thanked Baroness McDonagh for her services, saying in a statement:
“She’s played an important role to build the organisation from its inception,” she said.

“I look forward to working closely with a new chair on the delivery of this programme, which will bring the benefits of smart meters to British households and businesses.”

An email from Smart Energy GB chief executive, Sacha Deshmukh, seen by the BBC, said that “the secretary of state has decided to exercise her power to reject the renewal of Margaret McDonagh for a second term as non-executive chair of Smart Energy GB”.

“I’ve been assured by DECC that the department’s support for our organisation … remains absolutely strong even as the SoS and chair have worked through their personal dialogue and ultimately the SoS’s decision on her appointment.”

Industry insiders have expressed concern over the move, and seem to have a perception that the move is based on the criticism the Baroness voiced two weeks ago.

“She said there is a problem – two weeks later she’s fired,” a director at one of the large utilities told the BBC. “What does that mean for people who raise questions about the smart meter programme? That is the issue.”

The smart meter rollout has already suffered a number of set-backs and delays, and earlier this year The Institute of Directors warned that the scheme could be an “IT disaster” saying that the risks involved with “the largest government-run IT project in history” were “staggering”.

In a statement Margaret McDonagh said: “Setting up Smart Meter GB has been an exciting and fulfilling project, and I am proud that the organisation is now firmly established and able to support millions of consumers who want to take greater control of their energy use.” 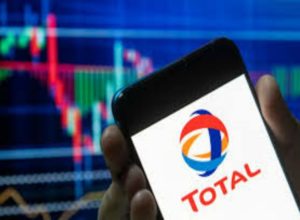 Total to develop up to 1.6GW of solar and energy storage...