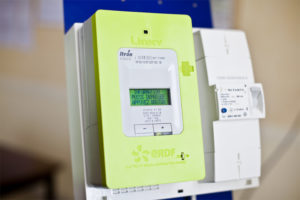 France is ensuring its Linky smart meter units are ‘made in France’ despite using technology from global metering companies including Itron and Landis+Gyr.

Global vendors are working with French subcontractors to set up production facilities under the terms of contracts awarded by French national electricity distributor ERDF, according to local trade magazine ZePros Métiers Energie.

Slovenian metering company Iskraemeco has a deal in place with electrical sub-contractor Asteelflash, which has two French factories.

One of the factories at Langon will manufacture circuit boards while the other at Redon will assemble meter modules.

Asteelflash has said it is investing around €2 million in new production lines as volumes increase and Iskraemenco has put in between €2 million-€4 million.

Itron and Landis+Gyr will manufacture in their French factories at Chasseneuil-du-Poitou and Montlucon.

In August, Metering.com reported that ERDF had selected six meter manufacturers to make the first 3 million Linky smart meters for deployment from mid-2015.

French tech companies Sagemcom and MAEC made the final list as well as Germany’s Elster and Spanish ZIV, part of Avantha CG.

Sagemcom, which won a contract in February to supply gas meters as part of ERDF’s Gazpar project, said it will use its manufacturing site on the Côtes d’Armor to make the Linky smart meter units.

ERDF also appealed to French companies to contribute to the 35 million-meter project by applying for a tender for the installation of 10 million meters. The European-wide consultation ended on September 22, 2014.

The cost of the Linky programme is estimated between €5 billion and €6 billion.