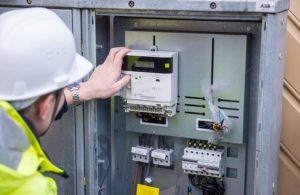 Estonian electricity distribution network operator Elektrilevi has confirmed this week that it  has deployed 300,000 smart meters in a bid to meet Europe’s 2020 energy efficiency targets.

Swedish communications technology company Ericsson has the contract to oversee the replacement of all Elektrilevi’s 625,000 electricity meters with two-way units by 2016.

Under the terms of the eight-year deal, Ericsson is responsible for supplying an automatic meter reading system for data gathering, integrating it into the utility’s systems as well as running the smart-metering network for three years.

Elektrilevi will then have the option of extending the maintenance contract until 2025.

Ericsson has partnered with the Finnish office of Landis+Gyr, which is delivering 630,000 smart household meters, more than 10,000 data concentrators and Gridstream head-end system smart metering software.

The meters will communicate through 2G/3G mobile internet and power-line communication technologies for management and data information, provided by Ericsson.

Mait Rahi, head of smart metering programme at Elektrilevi, said the solution gives the distributor the chance to raise Elektrilevi’s network management to a new level.

He said: “The power quality data is received regionally or at the individual metering point. This means that problems in the network can be located and fixed quickly.

As a result, it is easier for the distribution company to target investments in the right areas of the network. For the end-customer, this means fewer and shorter power outages and better quality of electricity supply in general terms.”

Ericsson initially worked on a pilot project in 2012 involving 5,700 smart meters before beginning work on full rollout between 2013 and 2016.

Estonia is one of many countries that are installing smart meters to contribute to the EU target of improving energy efficiency by 20 percent by 2020. Elektrilevi has nearly a half-million subscribers on its network.

According to Estonian national regulations, the metering system must measure hourly consumption as of 2017.

Ericsson and Elektrilevi have produced a video called Extreme Project Estonia – Energizing Estonia, giving the story of the rollout as part of a viral marketing campaign.

‘Smart sector integration’ – a new concept for the energy sector