In Germany the number and sizes of pilot projects have risen significantly in the “intelligent meter” sector. Positive experiences with the technical practicability of the corresponding complex meter and readout systems stimulate the market. More and more companies speak about nationwide and intersectoral adoption of smart metering for end customers. Recent amendments to the legal framework both drive and hinder market development. However, despite efforts by associations and manufacturers, uncertainty about profitability and the lack of standardization remain as stumbling blocks for the wider deployment of smart metering.

The topic of automatic remote readout from household meters has grown significantly in importance within the EU against the backdrop of a growing energy consciousness. Around 31 million electricity meters have already been substituted by smart meters in Italy. Spain, Sweden and France plan the replacement of the usual “Ferraris” meters with smart metering systems.

Smart metering encompasses meter and readout systems that enable two-way communication between energy suppliers or metering point operators and end customers. The measuring system serves as an accounting instrument for the energy supplier, but offers other functionalities as well. In particular the technology provides real time information on consumption for the end customer and not least promotes more efficient usage of energy.

Following the latest passage of Germany’s energy industry act (Energiewirtschaftsgesetz – EnWG) concerning the liberalization of measurement and metrology for electricity and gas, smart metering readout is also advancing in Germany. In order to meet the legislator’s requirements, a number of energy suppliers have already tested smart metering technologies in small regional field pilots. But there is also a growing number of large projects. E.ON recently started a pilot project in Bavaria with 10,000 household and business customers. RWE is currently providing intelligent meters to 100,000 households in Mühlheim a. d. Ruhr.

To date different smart metering systems have or are being realized in more than 60 projects in Germany (Figure 1). The majority were started in 2008. But more and more energy suppliers are one step ahead and are speaking about rollout plans. Public Services Haßfurt leads the way as the first energy supplier that plans area-wide adoption of smart metering. RheinEnergie AG will take this step within their supply area in 2010 as well. Smart metering has found its way from the distant borders into the day-to-day business of several companies. 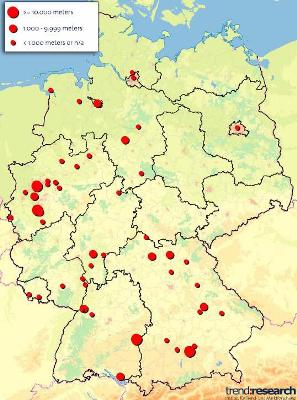 The major players in the energy sector like RWE and EnBW support the further development of smart metering in order to be the first to offer new products (e.g. the “Sparzähler- online” from Yello Strom GmbH).

The operation of smart metering is connected with numerous chances and risks. Therefore, it is important for energy suppliers with pilot projects that are developing rollout plans to carefully deal with the relevant questions and issues. But also manufacturers and service providers need to clarify how the market will develop under different circumstances, e.g. who will act as operator and competitor in the market and how a strategic positioning can be successfully realized.

The second edition of the study “Smart Metering: Germany before the rollout?” answers important questions that are evolving in relation to the realization of smart metering in Germany. Its basis is a comprehensive desk research as well as a survey of about 50 market actors. Starting from a description of different project experiences and synergy potentials that can evolve through smart metering, the general conditions and requirements of the adoption of the technology are explained. The study shows the existing market potential and introduces important market actors. On the basis of this analysis it is possible for market actors to realistically evaluate the future market potential and to adjust their own strategy and market orientation accordingly.

Of all the factors the legal framework set by the government is the most important in advancing the adoption of smart metering. In particular, and as concluded in the first edition of this work, concrete requirements for energy suppliers are set by the EnWG. The recently passed amendments to the EnWG will be in force in 2010 and include among other things the obligation to install a meter that is able to mirror actual consumption and usage times in new buildings and during major renovations.

Energy suppliers will handle this requirement in different ways (Figure 2). More than half of the surveyed energy suppliers will meet the legal requirements for new and renovated buildings that will be in force in 2010 by offering smart meters. While 43 percent of the respondents think that smart meters will be installed, 20 percent await a pilot phase. The relatively low number of respondents (10 percent) that have not dealt with the substitution of meters so far is remarkable. Only a minority think that the usual Ferraris meters already fulfill the legal requirements to indicate consumption and usage time. 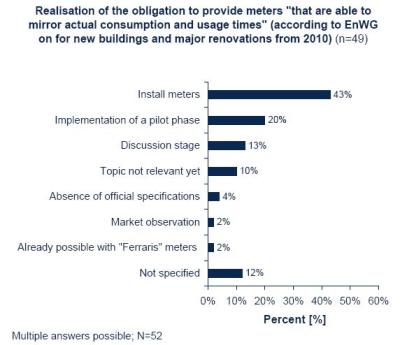 Figure 2 – Realization of the obligation to provide meters according to the EnWG (Source: trend:research)

One regulation of the EnWG requires special attention. The billing cycle has to be shortened to a six-, three- or one-month period by the energy supplier in accordance with the end customer’s preferences. This might assist the technology’s breakthrough within the building stock without major renovations. According to the new regulation the end customer has to be offered, if technically and economically feasible, peak related or time variable tariffs in the electricity sector. This seems to make the operation of smart meters inevitable. 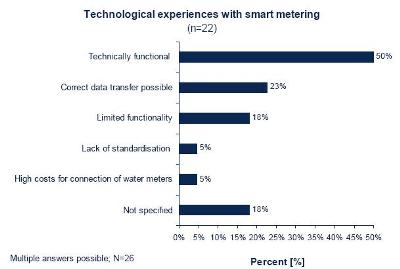 In addition 23 percent of the energy suppliers stated that correct data transfer would be possible with the adoption of smart metering. The present problems with the operation of this technology are indicated as well. Almost a fifth (18 percent) clarify that smart metering had only limited functionality in their project. The high costs for the connection of water meters and the lack of standardization were criticized by five percent of the respondents.

According to the interview results, the previous positive experiences have an impact on the focus of the projects. Whereas the technological feasibility was the main focus previously, marketing aspects are being emphasized now and the development of secondary products is coming to the fore. Besides, there are many early signs of reaching a higher degree of standardization due to associations of manufacturers and energy suppliers.

In addition to general conditions and the technology’s serviceability, other factors determine the market for smart metering. Basic market barriers hinder the adoption of the technology as well. The majority of energy suppliers with projects in the smart metering sector (68 percent) indicate high costs as the number one market barrier and as inhibiting to the further development of smart metering (Figure 4). Other hindering factors are the low degree of standardization (12 percent) and low popularity amongst end customers (8 percent). First experiences in the pilot projects show that only a small percentage of end customers will remain active on a long-term basis and check their consumption on a regular basis. A higher degree of standardization and added value offerings could counteract the high costs for energy suppliers. 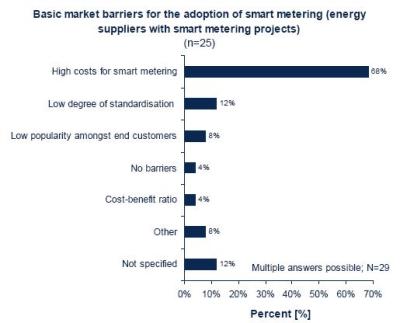 The market barrier of high costs for smart metering was previously observed by a majority of companies (59 percent) in the first edition of this study. Quick solutions to this problem that hinders nationwide employment of smart metering are not yet in sight. In the mid-term, standardizations are supposed to help reduce costs at first. A further barrier is (still) the legal insecurity, caused by the liberalization of metrology that can have an effect on the adoption of smart metering. The development of market dynamics and the handling of legal questions in the external offerings of measuring point operation and measuring services remain to be seen.

Given the current legal situation, the expansion of smart metering in Germany will focus mainly on new buildings and larger renovations on a short to mid-term basis. Nationwide rollout will only be realized when binding laws concerning the operation or the shortening of billing cycles exist.

But an enormous potential is not being realized due to the currently unexploited possibilities of standardization and the integration of several branches. If and especially when an actual market breakthrough happens, e.g. in the telecommunication branch, is in the hands of the associations of manufacturers and energy suppliers as well as the large suppliers. It is their responsibility to conjointly provide an effort for the harmonization of technical standards in order to assist this forward-looking technology to a nationwide and intersectoral adoption.