One of the UK’s big six energy suppliers British Gas announced this week it has installed one million smart meters in homes across Britain amid the industry facing questions about who will pay for meters and the actual cost benefit to consumers.

The residential milestone takes the total number of smart meters installed by British Gas in homes and businesses nationwide to 1.4 million.

Energy secretary, Ed Davey, commented on the news: “I want to see everyone benefit from smarter technologies and that’s why we’re starting our national roll-out by the end of next year, which will see over 50 million smart meters installed by 2020.

“The fact that British Gas is installing its millionth smart meter in a home shows that helping people take control of their energy use and reduce their bills is becoming a reality.”

The announcement comes as UK watchdogs and consumer groups are pushing for answers on who will pay for meters.

Officials from the Department of Energy and Climate Change, when questioned by the UK House of Commons public accounts committee earlier this month, admitted that the cost of smart meters – equivalent to GBP 220 per unit – would largely be passed to consumers through a levy on bills.

Margaret Hodge, who chairs the committee, said: “You [the Department of Energy and Climate Change] haven’t put a cap on costs, which might have been one of the ways you could have protected the consumer.

Conflicting opinions are also being raised about how effective smart meters will be in reducing energy consumption and saving money for the consumer.

In response to our story on Europe missing its 80% smart meter roll out target,  Tom Langdon-Davies, deputy chairman of ET Index, commented: “Smart meters are neither necessary nor sufficient to bring about effective demand management. Who will be more effective at controlling peak demand – UK or Germany? We need a massive public information programme on the benefits of time-of-use shifting. We recycle altruistically, why not use electricity rationally?”

Gerrit Rentier, senior business process analyst at DELTA NV, said: “I believe that up to now there hasn’t been enough knowledge and consideration for local parameters; current energy use, social attitudes, geography (distances), whether or not heating is electrical or through natural gas et cetera. So a number of Member States turned out to have a negative cost benefit analysis and made use of their right not to roll out.

“However, I was more alarmed by the fact that not all member states embraced the recommendation on functionality (2012/148/EU) and, even worse, that so many member states did not build in that smart meters make consumption data available to consumers at a high frequency.

“Based on reports on energy saving behaviour and frequency of data, I suspect that means that those Member States will miss out on a lot of smart metering benefits.” 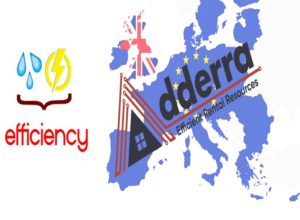