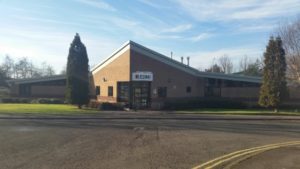 turer EDMI has opened a new gas research and development facility near Edinburgh in Scotland as part of push into the European market.

At its R&D centre in the town of Dunfermline, EDMI said it will focus efforts on a range of ultrasonic gas meters using “state of the art technologies”.

Commenting on the launch, Graeme Lees, EDMI executive director for gas and water, said: “The opening of our new gas research and development centre underlines EDMI’s commitment to investing in future technologies, demonstrating EDMI’s drive to provide our customers with the most advanced products in the market.”

EDMI is establishing a foothold in the European market with its support of the smart meter rollout in Great Britain.

According to a company statement, the smart meter manufacturer will design, manufacture and supply the communication hub for Britain’s northern region under the UK smart meter deployment programme.

Scotland is gaining a reputation for smart grid and smart metering technologies.

And in January 2015, a smart grid start-up incubated by Strathclyde University was reported to be in talks with two major UK utilities interested in developing its technology to cut the cost of grid automation and ‘self-healing’.

Synaptec, which was set up in 2014 by three academics from the Scottish university, has developed a sensor that uses existing fibre optic cables to measure voltage, current, temperature, pressure and vibration on a single system.

The system has the potential to reduce grid maintenance costs as the sensors do not rely on digital communication, allowing them to identify instantly the location and types of faults anywhere in an electrical distribution network.