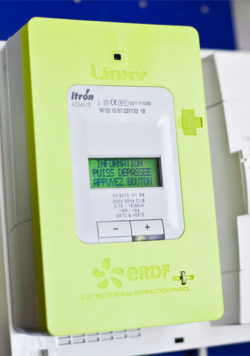 The French government has signed off an energy transition bill this week that gives the administration power to legislate without parliament’s consent in order to speed up deployment of a smart grid.

Members of European Parliament approved the bill on Tuesday which contains provisions under Article 59 that give the government the power to pass legislation for the next year to “take measures within the scope of the law needed to carry out an experimental deployment of smart grid [….] in a limited number of regions or groups of departments”, according to French website Numerama .

Presented by Minister of Energy Ségolène Royal, the bill will help with the deployment of 35 million Linky smart meters, beginning from 2015.

Who will make Linky smart meters?

Metering giants Itron and Landis+Gyr, which both participated in smart meter pilots in Lyon and Indre-et-Loire, were among the successful bidders from the tender process that ERDF began in 2013.

French tech companies Sagemcom and MAEC made the final list as well as Germany’s Elster and Spanish ZIV, part of Avantha CG.

Sagemcom, which won a contract in February to supply gas meters as part of ERDF’s Gazpar project, said it will use its manufacturing site on the Côtes d’Armor to make the Linky smart meter units.

The initial order is the first phase of a 35 million unit rollout by 2021.

However, in late July, energy regulator Commission de Régulation de l’Énergie proposed slowing down the pace of meter deployment to allow ERDF to control its costs.

The cost of the Linky programme is estimated between €5 billion and €6 billion.