France’s energy regulator, the Commission de Régulation de l’Énergie (CRE), said this week that the government target of deploying smart meters across 95 per cent of the country by 2020 – or 35 million units – was too ambitious.

The CRE has suggested adjusting the targets to 90 per cent penetration rate by December 31, 2020 for energy supplier ERDF, a subsidiary of EDF in charge of distribution, and December 21, 2024 for local electricity providers.

French Prime Minister Jean-Marc Ayrault announced the go-ahead of the country’s smart electricity metering rollout in 2013, with the first phase of 3 million smart meters to be deployed by 2016.

The full nationwide rollout of 35 million smart meters was set to be completed by 2020, with an investment of €5 billion.

As part of a new “Invest in France” plan, EDRF was given a tender for 3 million Linky meters. 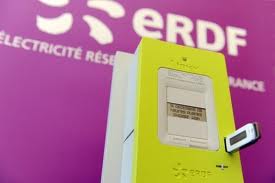 The ERDF-developed Linky meter has been tested in a 300,000 meter pilot since 2009. In addition more than 25,000 Linky meters have been deployed in some of the dozen other smart grid pilots that ERDF currently has under way across France.

The news comes as the European Commission has downgraded its target for a pan-European Union rollout of electricity smart meters from 80 per cent deployment to 72 per cent as just over half the member states are committed to meeting the 2020 deadline.

According to a Commission report, Benchmarking smart metering deployment in the EU-27 with a focus on electricity, only 16 of the EU’s nations are aiming to meet the Third Energy Package energy efficiency targets, including Britain, France, Netherlands and Sweden but not Germany.