In the UK, a government committee has cast doubt over the validity of the smart meter rollout as a report raises concerns over the cost-benefit to consumers and the ability of the energy market to keep costs down.

The Committee of Public Accounts, appointed by the UK’s House of Commons to oversee national expenditure, issued a report yesterday stating that: “The costs of installing 53 million smart meters will be borne by consumers through their energy bills. 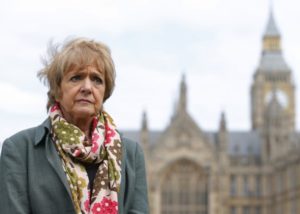 Margaret Hodge, a UK member of parliament and chair of the Committee of Public Accounts, continued: “It will cost around £215 per home or small business over the next 5 years to install the meters – an additional cost people can ill afford.

“Despite consumers footing the bill, they can on average make a saving of only 2 per cent on the average annual bill of £1,328 by the time the roll out is complete.”

Another concern raised by the committee was how poor customer engagement among UK consumers would affect the cost benefit of smart meters.

Hodge said: “The Department of Energy and Climate Change (DECC) is relying on the consumer becoming more ‘savvy’ in making decisions about using energy.

“Energy suppliers are concerned that it may cost more to persuade more reluctant customers to accept the new meters to ensure near 100 per cent coverage.”

Cost of the rollout

On competition in the energy industry to control cost and deliver benefits, the findings said: “Relying on market forces to keep costs down may not be enough on its own to protect consumers.

“This is something energy companies don’t have a great track record on. Ofgem’s referral of the energy market to the Competition and Markets Authority reflected serious concerns about the lack of real competition in the industry.

It added: “DECC also needs to ensure that smart meters are fully interoperable so that customers can switch easily between suppliers and that suppliers don’t replace meters unnecessarily when customers switch.”

And in what will come as a blow to the in-home display market, the committee said “some aspects of the [smart meter] programme could be out-of-date by the time it is rolled out.

“Evolving technology suggests that customers could receive the information on their smart phones, making the in-home display redundant. Energy suppliers will be required to offer in-home displays, even though customers may not want or use them. Consumers will have to pay for them even though they might already be out of date.”

The report included recommendations for the smart meter rollout including:

Other contributors to the Public Accounts Committee’s smart meter review include representatives from energy watchdog Ofgem and the Department of Energy and Climate Change, the government arm responsible for Smart Metering Implementation Programme, which requires energy suppliers to replace 53 million meters in homes and small businesses with smart electricity and gas meters by 2020.

New Electric Mine Consortium to decarbonise operations in mining sector