The Smart Energy GB recently published its Smart Energy Outlook report which indicates that 81% of UK citizens would recommend a smart meter to others.

Smart Energy GB is the company tasked with promoting the UK’s smart meter rollout and functions as one of the largest independent barometers of national public opinion on energy and smart meters in the UK.

Its research shows that those who have in-home displays (IHDs) installed are using them regularly to save energy. Eight out of ten people with an IHD check it regularly. Nearly nine in ten (88%) of those with an IHD say that they have a better idea of what they’re spending on energy, compared to 76% of those who have a smart meter but not an IHD, says Smart Energy GB.

In other UK energy news, Prime Minister Theresa May has unveiled plans for investment in transport, broadband and energy for the long-term.

May is looking to ultimately, develop new technologies across the country and make it easier for companies to do business in the UK.

Central to the strategy will be spending and development of digital industries like broadband and 5G mobile technology, reports The Telegraph.

The Telegraph adds that a £4.7billion fund to pay for research and development into smart energy technologies, robotics, artificial intelligence and 5G mobile network technology is a bigger increase that in any Parliament since 1979, Downing Street said.

The Prime Minister will also announce a £556 million boost for the so-called “northern powerhouse”.

The Prime Minister was reported saying: “The modern industrial strategy will back Britain for the long term: creating the conditions where successful businesses can emerge and grow, and backing them to invest in the long-term future of our country.

“It will be underpinned by a new approach to government, not just stepping back but stepping up to a new, active role that backs business and ensures more people in all corners of the country share in the benefits of its success.”

Industry leaders are carrying out work on early sector deals in life sciences, the transition to ultra-low emission vehicles, industrial digitalisation, creative industries and improving competitiveness and skills in the nuclear industry. 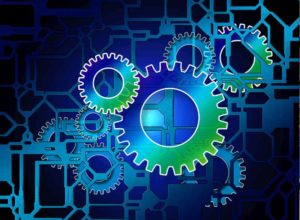 Five key ways to ensure a resilient and secure US energy...