Nearly half of consumers in Great Britain would opt for a prepaid smart meter despite only 16% of the population having access to this type of metering, according to new research commissioned by Smart Energy GB, the consumer campaign for the UK rollout.

The study published this week finds that 48% of Britons are interested in using smart meters with prepaid functionality to buy gas and electricity.

As a general trend, younger people and those living in the North of England showed more interest in smart prepayment meters.

A statement issued by Smart Energy GB said that handheld devices showing how much money is left in credit is seen to be one of the biggest benefits of having a smart meter operating in prepayment mode.

Sacha Deshmukh, chief executive of Smart Energy GB, said: “This research shows that there is a national appetite for a far more convenient way to pay for energy.

“In particular, it will transform the experience for prepayment customers. Today’s prepayment system presents real challenges for many people, for example having to go to the shop to top up, or needing to access their meter to check how much credit they have.

“It is clear that people want greater control and visibility over how they buy and use energy – and smart pay-as-you-go, made possible by the national roll-out of smart meters, is a big step towards this.” 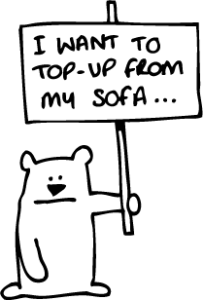 As part of the countrywide deployment starting in 2015, pay-as-you-go customers will be able to pay via phone, online, or through a smart phone app.

Smart meters will be able to operate in pay-as-you-go or debit mode, meaning that those wanting to pay-as-you-go don’t need to have a different meter installed.

The research, compiled through a short online survey conducted last month, comes as Smart Energy GB is tasked with preparing the British population to engage with smart metering technology.