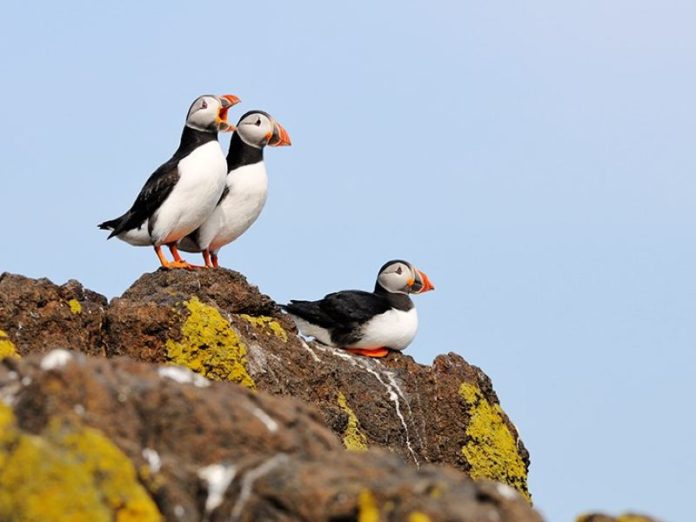 UK energy company SSE Renewables has launched the Flying Squad initiative to monitor and protect puffins around the Scottish coastline.

The initiative will see the energy company team up with Microsoft, tech firm Avanade and NatureScot to monitor puffin numbers.

The technology used for the initiative has recently been tested during the seabird’s breeding season on the Isle of May in the Firth of Forth.

Four cameras in position on the island gathered footage and automatically detected and counted the birds until they recently left the island.

Simon Turner, CTO, Data & AI, at Avanade: “As the investment in renewable energy continues, it’s even more important to ensure that developments, like wind farms, are not having any detrimental environmental effects.

“With SSE Renewables, we saw an opportunity to use camera and AI technology to more accurately and efficiently, and less invasively monitor the wellbeing and breeding habits of the puffins that are attracted to this particular area on the Isle of May.”

If successful it is expected the technology will be used for a number of species recognition projects around SSE sites including hydropower stations and wind farms.

Rachel McEwen, SSE’s Chief Sustainability Officer, said: “…Our assets can have far-reaching consequences across a wide range of issues, from reducing the effects of global climate change to supporting local habitats.

“The impacts of our hydro and wind farm operations and our transmission and distribution networks need to be actively managed and what initiatives like the Flying Squad show is that there are also incredible opportunities to be had in protecting and enhancing existing and new habitats as we harness natural resources such as water and wind for renewable energy generation.”

James Scobie from the Flying Squad said: “The implications for the Microsoft/Avanade technology are huge. It’s our ultimate aspiration that this incredible cutting-edge technology could be deployed in a variety of different settings to monitor species of interest in the future.”

Erica Knott, NatureScot Marine Sustainability Manager said: “There are exciting possibilities for further development, for example, to track activity at individual breeding burrows or overcome some of the trickier aspects of seabird monitoring, such as remoteness and weather, at other sites.

“This would enhance our understanding of seabird populations and their interactions with human activities, helping us to advise on the future management and monitoring of marine developments, in particular, to secure renewable energy to address climate change while also safeguarding biodiversity.”

Recently, SSE and Microsoft signed a memorandum of understanding (MOU), establishing a Sustainability Partnership between the companies, to develop and deploy innovation projects aligned to the zero carbon emissions ambition of both companies.

The MOU represents SSE and Microsoft’s commitment to working together on several future initiatives, to promote the awareness of business challenges and opportunities around sustainability, technology, and digital innovation.