Cyan’s 865MHz radio communication modules will be installed inside the L&T smart meters that will be deployed for Tata.

The initial contract with Tata is for the deployment of 5,000 consumer meters in a district in Mumbai and is currently planned to go live in early 2015.

John Cronin, executive chairman of Cyan, said: “Since signing a partnership agreement with L&T in February 2012, we have worked closely with them to ensure we can provide a fully functional end-to-end solution for the Indian market.

“As Tata are viewed as leaders in the generation and transmission of electricity, their selection of the consortium’s AMI technology will act as an important reference for other utilities evaluating smart metering technologies across India.

He added: “The market opportunity for Cyan in India is enormous, as its technology helps address a major problem of the country’s power industries: transmission and distribution losses.”

The latest contract news follows Cyan winning a tender with Indian integrated power and water company Essel Utilities to deploy its retrofit CyLec solution as part of a consortium with Aquameas Instruments, a local manufacturer of water and electricity meters.

The 5,000 retrofit modules are expected to be fitted to Genus, Landis & Gyr, HPL and Larsen & Toubro consumer meters in the city of Muzaffarpur in the Indian state of Bihar during the last quarter of this year and the first quarter of 2015.

The module is a small self-contained box that connects to an installed static meter via an existing communications interface on the meter.

Cambridge-based Cyan is also gaining ground in Brazil with its metering partner Nobre. 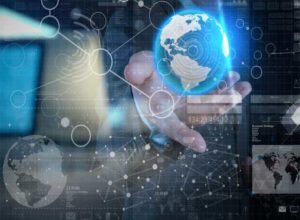