In less than four years the Danish electricity company SEAS-NVE has completely changed its B2C market communications. From regarding the nearly 330,000 customers as having the same basic needs, SEAS-NVE now targets much more specific customer needs and values. The new strategy is based on four unique customer segments – and it works.

In 2003 the Danish electricity market was completely liberalised. Until this time the Danish electricity companies had held the monopoly on the sale of electricity in each of their geographical regions. The breakdown of the monopoly presented huge challenges – especially in terms of customer communication. In 2005 SEAS-NVE came about in a merger of the two companies SEAS and NVE. With the new potential risk of losing lifelong customers to competitors due to the liberalisation of the market, we decided at SEASNVE to look for a new approach to our market communication and B2C energy consulting.

In 2005 we introduced a campaign based on customer needs called ‘Family Challenge’. We challenged six families to compete on saving the most energy. Although we expected high energy savings, the result came as a surprise: the families saved between 40 and 66% of their electricity consumption.

TIME IS OF THE ESSENCE

In the wake of the Family Challenge a lot of new information surfaced. From regarding all customers as basically having the same needs and opinions, we realised this was quite far from the truth. This became the starting point of a fundamental change in our company’s market communication strategy. Among the main conclusions of the competition were:

SEAS-NVE realised that a comprehensive change of communication strategy was needed. We therefore chose to implement the knowledge from Family Challenge in a largescale customer segmentation programme. The market situation is similar for all electricity companies as the customers come from every level of society and widespread regions. So the challenge was how to reach operational simplicity without oversimplifying the complex reality of the needs, opinions and emotions of nearly 330,000 customers.

Several large customer surveys were carried out and analysed thoroughly. Participating customers were chosen randomly and asked how much importance they gave to stability of supply, fast technical service, energy consulting, innovation, prices, environmental issues and much more. They were also asked to explain their opinion and emotions towards SEAS-NVE as a company. After the results were analysed, four customer segments emerged (see Figure 1):

The Basics do not like change, live by the rule of ‘safety first’ and are not too keen on making important decisions. They are typically male, 50+ and retired. The Basics are also the SEAS-NVE largest customer segment.

The Critics are not only critical, but also rational and pragmatic. They like discussions but do not care for small talk. They do not automatically take no for an answer. Less loyal than the other segments and more easily tempted by low-priced offers from competitors, the Critics are usually under 30 and privately employed. 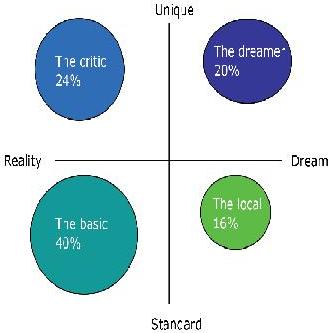 Figure 1 – Segment map of SEAS-NVE’s four main customer segments. The segments are placed according to their preferences of reality versus dream and unique versus standard.

The Dreamers are emotionally inclined and respond well to design and lifestyle oriented marketing. They enjoy thinking and talking about the future. They see innovation and new ideas as important, but avoid all technical issues. They have high confidence in SEAS-NVE, because the company is customer owned (co-operative society). A typical Dreamer is female, under 30 and publicly employed. 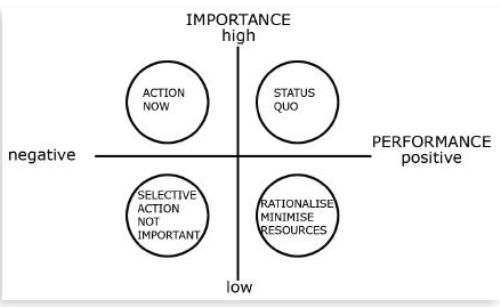 The Locals care about the environment, are idealistic and like being closely connected to their local environment. They believe ‘small is good’ and respond negatively to being ‘just another number’ in a large company. The Locals strongly believe in customer-owned companies and are willing to pay extra for wind and solar energy. The Locals usually have a relatively high income and long education.

WHAT DO THEY CARE MOST ABOUT?

After having analysed and defined the four private customer segments and implemented them in the organisation, we wanted to take further action towards the following.

Also we wanted to measure the effect of existing activities in order to make a status quo analysis on which to base future communication. Therefore, an important part of the process was to examine the importance of a number of strategic focus areas and branding dimensions within each customer segment. Also, to find out how SEAS-NVE was performing within these.

TO SUM IT UP

From the results of analysis about strategic focus areas and satisfaction with SEAS-NVE’s performance on these (Figure 2), we were able to make a prioritised list of the segments:

The Critics were chosen as the most important segment, as it turned out that they were the most dissatisfied customers and had three critical issues in the “Actions Now” area in Figure 2.

The Locals had the most critical issues in the “Actions Now” area in Figure 2, three of these critical. In order to meet their needs, improved and segmented communication is very important. The segmentation project had now advanced to a stage where a campaign based on its findings could be carried out. It was time to let theory transform into practice.

A good example of the benefits of SEAS-NVE’s segmentation was the results the campaign ‘Use Energy Better’. The purpose of this campaign was to strengthen existing customer relationships and gather further knowledge for segmented communication.

36,000 customers answered the questionnaire – more than every tenth customer in a low interest area. 10,000 agreed to receive our digital newsletter and 12,000 agreed to be contacted again – all from one single campaign. The 12,000 who agreed to be contacted again received an individualised energy plan based on their answers in the questionnaire – and an impressive 15.4% activated their energy plan. For a low interest area this is a high response percentage for a direct mail approach. ‘Use Energy Better’ turned out to be a large step forward, thereby proving that the segmentation was worthwhile

Based on the new segments, SEAS-NVE have now created communication and action plans according to their priority. For every segment, a Customer Life Cycle has also been implemented. The cycles coordinate all facets of customer interaction.

“From regarding all customers as basically having the same needs and opinions, we realised this was quite far from the truth.”

SEAS-NVE also monitor each segment’s level of satisfaction at regular intervals to keep track of development and results. This can only be done efficiently through segments, as overall satisfaction analysis of a low interest market does not make sense.

Most importantly, SEAS-NVE’s B2C market communication is now targeted and based on a well consolidated foundation. It is neither a complex nor heavily theoretical set of tools. In many cases SEAS-NVE’s communication is based on simple messages to simple groups. However, more often than before, they are now the right messages for the right customers at the right time.