Brussels, Belgium — (METERING.COM) — June 11, 2007 – Energy Commissioner Andris Piebalgs has welcomed the signature of a Memorandum of Understanding (MoU) for the coupling of the French, German, Belgian, Dutch and Luxembourg electricity markets into a single regional area. The MoU is the founding stone of the largest integrated regional energy market in Europe.

“Regional markets are a positive step towards the creation of single European energy market. It will bring lower prices for consumers, increased security of supply and will attract investment in new generation capacity and transmission infrastructure”, said Commissioner Piebalgs.

With the signature of this MoU, the German and Luxembourg authorities add their contribution to the coupled market of France, Belgium and the Netherlands, which was presented in Brussels in 14 February 2007. It will allow Germany and Luxembourg to experience some of the benefits of the trilateral coupled market. For instance, since 21 November 2006, the new joint market has enabled the creation of a power exchange in Belgium, the use of interconnectors has become significantly more efficient, while the price levels between the three countries have converged.

In the future the pentalateral market coupling will also link with the first regional market of Europe, the Northern market, to Norway, as well as to the Iberian market, which is currently moving towards a closer integration.

Once the market is coupled with Eastern Europe through Germany, important progress will have been made in creating a European wholesale market functioning in a fairly harmonized way. This in turn will facilitate further connections with more distant countries such as the Baltic States.

The Commission considers the development of regional markets as an intermediate step towards the constitution of a single European market. 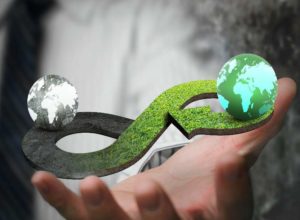