London, U.K. — (METERING.COM) — March 17, 2010 – A massive surge in demand for non half hourly automated meters (AMRs) as firms rush to be ready for the new Carbon Reduction Commitment (CRC) legislation that comes in to play in Great Britain at the end of this month has been observed by carbon and energy consultancy IMServ.

In an average month, IMServ installs around 3,500 smart meters as part of its Business SMART service, the company said in a statement. However in March this year approximately 7,000 units are planned for install and already orders have been taken for a further 6,000 units for April.

In order to manage the number of orders IMServ has had to recruit ten more office staff and it has up to 100 technicians working round the clock, seven days a week to meet demand.

“This huge surge in demand for the Business SMART service is in direct response to the CRC legislation and we expect this level of demand will continue into October this year,” commented IMServ managing director Steve Brown. “The penny has finally dropped with many businesses now realising that they need to step up to the plate and take this legislation seriously. If they don’t act now, companies could face large fines not to mention the knock on effect that poor performance in the league tables will have on their corporate reputation.” 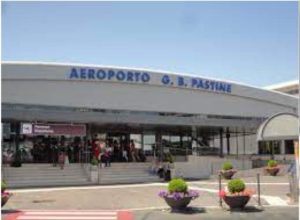