As temperatures drop across the UK, a report has been issued stating that public investment into efficiently warming British homes has been cut by 58% since 2012.

According to the report released by e3g, Scotland spends four times more on energy efficiency per citizen than England and Wales twice as much on insulation.

The report has been issued to serve as a warning to government to make energy efficiency infrastructure a priority, ensuring homes are warm enough to cope with chilly temperatures.

The British government has not challenged the figures, but state that spending on homes has taken a more strategic turn and is better targeted at low-income households.

According to Pedro Guertler from e3g: “Making our buildings energy-efficient is the most cost-effective means of decarbonising our energy infrastructure – it protects from the health risks of cold homes and keeps our energy bills down.

“The priority for our infrastructure programme should be to make our homes warm whilst slashing energy demand and bills.”

Lack of energy efficiency is a deadly issue

The report states that, out of 30 countries, England has the second highest rate of cold related deaths, with 9700 death per year.

e3g believe it would be far better economic value for the government to spend £50bn insulating people’s homes and ultimately saving lives.

Guertler added: “The government is committed to tackling fuel poverty. The Warm Home Discount provides two million low income households with £140 off their winter energy bills and the safeguard tariff cap is to be extended to a further one million customers – so over five million customers will be protected for the first time this winter.”

“This is now widely considered by experts as a massive mistake,” says Guertler.

“The saving on energy bills from David Cameron’s cuts were soon cancelled out by energy price increases, while the energy efficiency programme was cut back to the bone.

“Today’s average annual household energy bill is £500 lower as a result of the UK’s energy efficiency programmes since 2004. 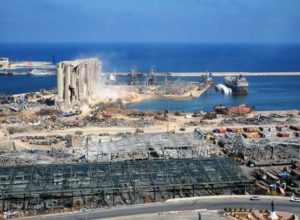