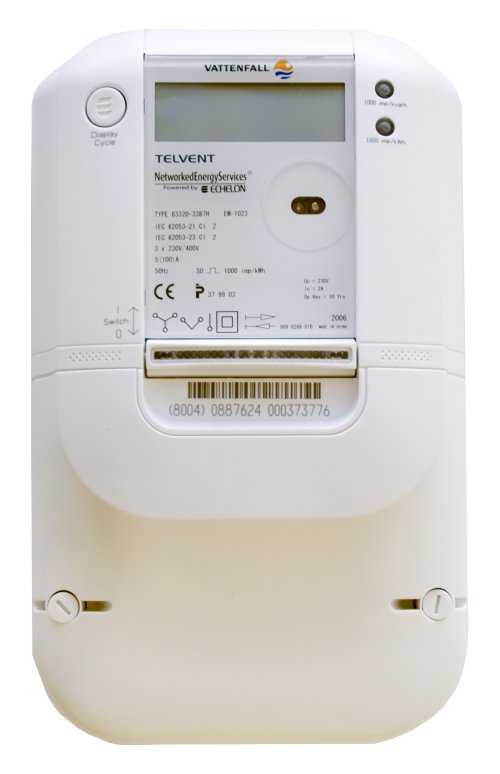 The deregulation of the Swedish electrical market has opened up competition on the supply side by making it possible for customers to change supplier. However, the industry’s system support for this dynamic in the market were not adequate enough at the time and created much confusion and ultimately reduced the confidence of electrical customers in the whole energy industry.

To enhance customer satisfaction Vattenfall Distribution started an automatic meter reading (AMR) project in late-2002, with the main aim of providing all distribution customers with billing based on actual consumption. The project started just before that the authorities in Sweden decided on new legislation stating that all electrical customers in the country should be read on a monthly basis by 1 July 2009. 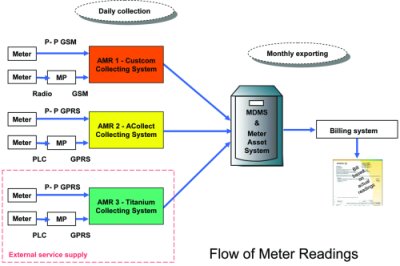 The AMR project in Vattenfall formed part of a sourcing strategy to purchase technology in the market and to impose development in the market by implementing increased or new demand. This strategy has up to now resulted in three contracts with different types of technology and different supply and service concepts. The market development during the project has resulted in increased system functionality and extended service supply.

The first two contracts that were signed, with Actaris in 2003 and with Iskraemeco of Slovenia in 2004, were for turn-key delivery, including the supply and installation of meters and infrastructure as well as the collection system. Vattenfall operates both those systems. The third contract that was signed in December 2005 with Telvent from Spain includes not only the delivery of the meters and infrastructure but also the service contract for delivery of meter reading services for an initial period of five years, with possibility for extension up to an additional sixth year.

This service concept is in line with the sourcing contracts of other major utilities and has created a market for this kind of service provider in Sweden. In order to be able to interact with different technologies a common meter data management system (MDMS) is essential and has been developed and set up. The design criteria for delivery performance are 99.0% in 24 hours and 99.5% in 96 hours during continuous operation. This means that the majority of all the required readings for monthly billing as well as for move in/move out are already present in the collection system.

Thus the number of individually requested meter reading is minimised. The focus for the project has been to provide meter readings for billing, but the new meters also bring new functionalities that will be utilised, including reporting of power outages, power quality, tamper detection, and power and peak control. The real-time performance criteria were selected to support these functions, whereas they could have been relaxed if the requirement was simply for monthly billing based on just one reading per month.

The service concept also demands the exchange of extensive data and reporting, for example on power outages and between the distribution company and the meter service supplier, and for this a special performance event and reporting (PER) database was developed. This PER database could in the future be integrated as a part of the MDMS, but in the initial phase it is being maintained separately.

An important element to be able to interact in an efficient way with a service supplier is the full integration of work orders with the handheld computers used for field service, in order to minimise quality problems both during the installation phase as well as during the operation and management (O&M) phase.

The service contract strategy that moves traditional meter manufacturers towards becoming meter system suppliers has been beneficial for the development of the whole utility industry sector, and could be used in other markets and for other systems and products.