In 1984, when household water metering in the UK was just starting to accelerate, a research paper was published which subsequently separated metering practice in the UK from the rest of Europe.The paper was “The Accuracy of Small Revenue Meters”, published by the Water Research Centre¹.

Its contention was that the design of UK plumbing systems with in-house storage created the likelihood of periods of very low flow, which would not register accurately on the usual meters. Storage tanks and cisterns are filled through ball-valves which shut slowly as the level in the tank rises. As the rate of flow diminishes, metering accuracy reduces and the older the ball-valve, the longer the low flow tail and the greater the under-recording.

The paper argued that the potential under-recording of household consumption would mean under-recovery of income and some distortion in water charging. Discussions after its publication also raised the issue of estimating leakage figures accurately. Although there were counter views at the time on the charging impact (water companies had to raise a certain amount of revenue; under-recording the total volume sold would only result in a higher rate per cubic metre) the concern about under-recording prevailed.

As a result of this, meter manufacturers were persuaded to produce small meters with improved accuracy at low flows. These meters had to meet the Class D accuracy standard (Table 1) whereas before Class C had been sufficient – and much of the rest of Europe was satisfied with Class B performance. 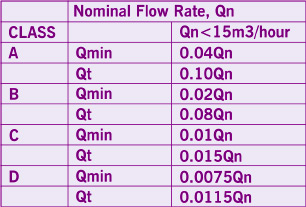 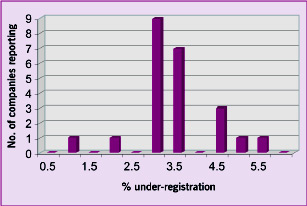 Meters have to operate within ± 5% accuracy up to the transitional flow rate Qt, thereafter at ± 2%.

At that time the available metering technologies for small meters were the jet meters favoured by continental Europe, the nutating disc meters widely used in America and the rotary piston meters most common in UK.

Mechanical inferential meters, i.e. those meters like jet meters which determine volume by conversion of a rate of rotation of a vane, were not able to achieve Class D accuracy. The only mechanical technology which could deliver this accuracy was the rotary piston meter. By 1988, Class D rotary piston meters were being installed in homes across the UK.

Although the UK water companies felt at that time that they had to install Class D meters, the legislation was not so prescriptive. It said that companies had to use the “appropriate” class of meter, taking into account the installation. Many companies are now more relaxed about the choice of class, and while most of the 5 million household meters now installed are Class D, a growing number of Class C meters are being used.

The view from the UK National Weights and Measures Laboratory is that Class D meters are appropriate where there is indirect water supply, i.e. from storage within the house, but Class C is acceptable where the supply is direct.

In addition to concerns about the lower accuracy at low flows, the UK water industry did have a further concern about the maintenance requirement for jet meters. We understood that in Germany, where jet meters are widely used, federal law required meters to be removed and tested every six years, because depositing in the jets could cause the meters to over-record. So even though the jet meters would be cheaper to buy than the volumetric meters, the whole life cost could be greater.

Is the UK achieving the accuracy level hoped for from its metering stock? Chart 1. shows the companies’ current view of meter performance as reported to the economic regulator for the water industry in England and Wales². Generally companies say they are under-registering water use by around 3% – coinciding with the view of the original paper.

In 1999, we drew a sample of 500 volumetric meters from the Severn Trent Water meter population to test their accuracy. These were 28mm meters, installed in commercial premises and larger than the 15mm meters used for households, but with the same volumetric measurement principle.

We tested the meters at seven flow rates: 4% of the meters were not working at all and 28% stuck during testing. There was some indication that as meters aged their performance worsened (Chart 2).

What this analysis does not show is how many meters in each age band had already been replaced because they had stopped.

Earlier tests on meters used in the National Metering Trials 1989-92³ had shown the propensity of the fine tolerance Class D meters to stopping and sticking (Table 2).

This analysis suggested that after five years possibly only half the original meters would be working reliably. Many of those involved in metering in the UK recognise that the Class D volumetric meter will tend to fail and fall out of tolerance because of its susceptibility to small non-harmful particles frequently present in pipe networks.

So the UK had focused on meter accuracy, paid for an improved accuracy meter, but may not have achieved the accuracy sought. How much does this matter? One of the driving forces behind the adoption of the Class D volumetric meter has been accuracy of leakage estimation. Leakage estimation is a substantially contentious issue and meter under-registration is only one of the elements of uncertainty. A 1% error in measuring household consumption is about 0.5% error in estimating leakage – significant but by no means the largest factor.

In terms of charging fairness, the UK regulatory pricing system requires the balancing of estimated income against estimated costs, and the process is less concerned in the end about chargeable volumes than about income generated. So meter error is subsumed in setting the rate per cubic metre.

Does this mean the door is really open for multi-jet meters to become more widely used in the UK for household metering? Certainly – because the regulator is not generous in his view of the costs of metering – there is pressure on companies to find savings.

In Severn Trent Water we now use inferential electronic meters because we estimate them to be lower in whole life cost than the volumetric mechanical meters. There are grounds for believing that the debate on meter type needs to move on from the measurement principle to the meter functionality. Metering has always been seen to have a role to play in demand management, and that is partly why it has been promoted in the UK. However, the way the meter base has been developed here, through allowing customers to choose to be metered, has introduced a growing problem of regressivity in water charging.

The unmetered charging system based on property value which is being phased out in the UK had a stronger link between water charges and household income. Perhaps, while accuracy remains important, it is more important that we now have additional meter functionality, at the right level of cost, to allow us to recover some of that link to affordability. 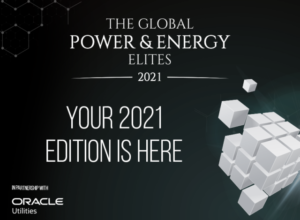