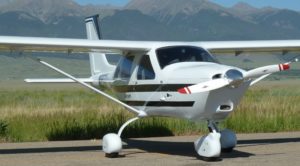 The Vancouver-based company has established operations in San Antonio in a bid to start an expansion into the US, Mexico and Latin America, reports the San Antonio Express News.

Stratocom has three aircraft that read meters for cooperative utilities in the Canadian state of Alberta.

The company claims the light planes can gather up to 50,000 readings per hour with a 99% accuracy from meters that can emit radio signals.

The technology was developed three years ago by the company’s research and development and has a broadcast range of up to 10,000 feet even in densely populated urban areas, Leo Dion, Stratocom business and corporate development manager, told the San Antonio-based newspaper.

The company, which is finishing an initial capital-raising round of CAD2.3 million (US$1.8 million), said it selected San Antonio for its US headquarters because Texas is a large deregulated market with competing investor-owned utilities and because of population growth in the state.

Stratocom has made initial, introductory outreach to municipal-owned CPS Energy and the San Antonio Water System. But CPS Energy already is building a smart grid system that would not use meter readers.

The company is also considering using drones as part of its ongoing research.