Back in the 1970s and 1980s, during North America’s recurring energy shortages, Public Utility Commissions granted most large utilities time-of-use tariffs as an energy conservation measure. Though hardly used, these antique tariffs are still available, widely distributed, and potentially valuable.

New life for an old concept

Tom Converse, Director of Meter Operations for the utility serving Boston in the US said, “NSTAR has 1.3 million customers, of which approximately 5,000 are billed on TOU rates. NSTAR is open-minded about TOU. We have several different mandatory and optional TOU rate designs, including some with differentiated hourly and seasonal prices.”

The TOU situation at other large utilities is similar. The intent of TOU tariffs is to give customers enough incentive to shift perhaps 5% of their demand off-peak. Consumers react by changing the time they do laundry, dish washing, and water heating. TOU was neglected because interval metering was too expensive, energy communications were inadequate, the saving for shifting load was minor, and consumers were afraid bills could be bigger, not smaller, if they used power at the wrong time of day. For many years, these assumptions have gone unchallenged and all but a few die-hard customers forgot about TOU.

Significant changes in the 1990s have increased the potential value of antique TOU programmes. Energy suppliers may want to dust off their old tariffs, put TOU in the front window of the energy store, and let consumers test how much TOU rates actually lower their monthly bills.

The first change was the growth in wholesale energy trading, which brought hourly price volatility to the market. A second development was the dispersion of Internet technologies, making collection and distribution of real-time energy consumption data economical. With energy markets tightening, advanced energy policies such as those proposed in the US by the Federal Energy Regulatory Commission aim to place demand management on an equal footing with more generation. Out west, in a startling show of imagination, Puget Sound Energy adapted their AMR system to time-of-day metering and demonstrated how to implement TOU by placing hundreds of thousands of customers on an experimental four-period TOU default rate.

The benefits of TOU

Time-of-use pricing offers benefits to both energy suppliers and consumers. On the supply side, many utilities designate their most inefficient generating facilities as ‘peaking units’, to be used only when demand requires it and the cost of off-system purchases exceeds the cost of inefficient generation. Energy suppliers who can convince customers to shift use away from the breakfast and dinner peaks could save significant sums by avoiding additional generation or off-system purchases.

In New England, utilities and energy suppliers have already factored $30 to $60 MWh peaking costs into the flat-rate tariff, so the bottom line improves dramatically with every kWh a supplier can shift off peak. Many time-of-use tariffs give the consumer a night rate 30% to 50% below the ‘dinner’ rate, aiming to cut back consumption of peak power that costs the utility double or more the flat rate. Nice work if you can get it!

And what about the consumer? Most ratepayers do not care when they use power or know how much it costs until they get the bill. However, TOU experiments in California, Washington and Florida show that if you give the consumer sufficient information, he will reduce peak consumption 3% to 5 %. Personalised TOU profiles delivered promptly over the web are the most effective way to motivate and educate the consumer. Wealthy consumers view TOU as a way they can practise conservation, while those with limited income find TOU a welcome way to stretch the family budget.

21st century time-of-use programmes require improved interval metering, communications, and web based data applications to be effective. Historically, the earliest TOU rate applications were based on chart recorders. Then came data logging and telephone modems. We are now in an age of hybrid wireless- and Internet-based systems, and can anticipate a future environment of ‘all Internet everywhere’.

The typical TOU meter today is a $50 solid state digital meter with a $60 under the glass wireless modem available from all the major meter companies. The communications challenge is how to connect from under the glass metering to the Internet. The best approach to deliver live data is a tree structure, combining the economy of private wireless in the leaves and branches with the Internet in the boughs and trunks. The Internet link at the junction of the branches and boughs will initially support interval data, but could gradually evolve into an energy efficiency gateway managing air conditioning, refrigeration, lighting, and heating controls over the Internet.

As a rule of thumb, time-of-use systems cost twice as much as other forms of automated metering, but return two to ten times the benefits. Because of the larger benefit stream, return on invest-ment can be amortised in a short period of time. The higher cost of TOU is due to the more elaborate daily, hourly, or 15 minute communications requirements. The greater benefits are found in offering TOU data to affiliated parties in energy supply and demand management.

Interval data has a pyramid of value. The base of the pyramid – advanced AMR – provides important operational value to energy suppliers. The middle of the pyramid, which supports load shifting, peak management, and aggregation, offers one to two digit savings to both suppliers and customers, and the top of the pyramid, representing energy trading and risk management, offers huge potential value to a handful of traders. The Internet is the enabling technology which permits the harvesting and distributing of this valuable data.

Like any fine antique, an appraiser can give you an opinion of value; however, the true test is to take TOU to the market and see how the customers react. How much they save, how much suppliers save, how TOU addresses advanced energy policies, and how satisfied customers are will be the determining factors in gaining market acceptance. These questions can be answered using a small residential and commercial pilot. Ed Finamore of ValuTech Solutions says: “A well designed pilot will test technology, installation, marketing, customer response and provide data for ROI and economic feasibility. Once you have the basics of the pilot worked out, you can then observe how customers react to real time data and time-of-use rates, and learn what values can be assigned to your cost benefit model.”

Hands-on benefits of a TOU pilot

Time-of-use is not a mystery. We have seen its benefits before, and know it can play an important role in load management, conservation, and efficiency. We also know that it is an important enabling technology for advanced energy policies. Through AMR piloting, companies can gain hands-on experience with new meters, communications and software, and validate the actual benefits of TOU in today’s challenging energy markets for themselves. The Internet has given customers the technology to observe their energy consumption over the course of the day, and Internet-based AMR systems can give them the means. 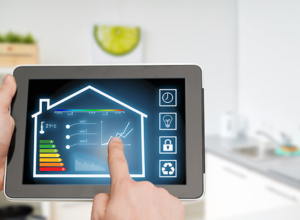