Headquartered in Ocala, Fla., in the US, AMCO Water Metering Systems Inc. manufactures and distributes high-accuracy metering products to the North American market. AMCO Water is one of the global industrial affiliates of Ruhrgas Industries, as part of its Business Unit Water. AMCO provides comprehensive project planning – from concept to completion – for the best meters and reading systems available, as well as professional project management from consultation to installation. The company’s services are further enhanced through its long-standing strategic alliances with the leading AMR providers and installation service companies. This strategy allows AMCO to offer municipalities the latest technologies and the best possible solutions for their individual needs. 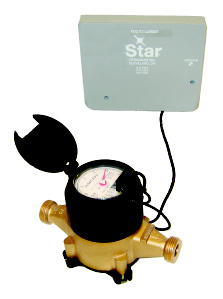 Saddled with an ageing, inefficient and labour-intensive water meter system, the Washington, D.C. Water and Sewer Authority (DCWASA) turned to AMCO for solutions, awarding one of North America’s largest water utility fixed network RF system implementations to the team of AMCO and United Metering. For its role in the project, AMCO supplied 125,000 of its absolute encoder water meters. In April 2002, United Metering began installing the meters, which are equipped with fixed network transmitters. The fixed network data collection system is integrated with DCWASA’s customer information and billing system.

Research indicated that DCWASA needed to significantly upgrade its 125,000 residential and commercial meters, many of which were more than 25 years old. The existing direct read system, which required DCWASA meter reading personnel to visit residences to obtain readings, was plagued by inaccurate readings from slowing meters and estimated billing. These factors resulted in substantial revenue losses for the public entity. Fallout from the events of September 11, 2001 further complicated the situation, as elevated security measures made it increasingly difficult for meter readers to gain access to government buildings.

DCWASA, which initially issued a request for proposal (RFP) for an AMR mobile system to replace its existing operation, wanted to improve the precision and efficiency of its system while enhancing its service to customers. AMCO Water’s team responded with a proposal offering an additional option – a fixed network system.

AMCO installed the fixed network in March 2002. This process involved integrating meters with the fixed network transmitters, installing 70 data collection units (DCU) throughout the district, installing the network software and testing the system to ensure that it operated at maximum efficiency. In preparing the meters for installation, AMCO also had to co-ordinate the assignment of individual meter and transmitter numbers to each unit. This task enables the system to match the data retrieved by the DCUs with the corresponding meter, ensuring accurate billing and water usage data. In April 2002, United Metering began installing 500 residential meters a day. The project is expected to near completion in December 2004.

Thus far, DCWASA water meters have been replaced with new state-of-the-art technology, allowing DCWASA to read meters without despatching readers to individual residences. Unlike the old system, which sometimes depended on estimated readings, the AMCO absolute encoder meters and AMR system ensure near-perfect accuracy every month. The accuracy of the new meters has led to significant cost savings for DCWASA.

“We’re running at about a 7 percent increase in revenues already, and we expect this number to increase substantially when the larger commercial and industrial operations are completed,” said Charlie Kiely, DCWASA Director of Customer Service. The fixed system is also virtually cost-free to maintain and operate. In addition, the new AMR technology is fully integrated with DCWASA’s customer billing and information system, providing DCWASA customers with the option of obtaining daily meter readings and water usage information through DCWASA’s web site or phone system.

Ann Arbor, MI, was also riddled with unreliable readings, because of the ageing water meter system which consisted of meters with an average age of 16 years. Ann Arbor selected AMCO to replace 27,000 meters and implement a fixed network reading system. About 14 percent of Ann Arbor’s meters are not readable, resulting in a higher incidence of estimated reads.

Home to the University of Michigan, Ann Arbor has a transient population that generates more than 60,000 move-in and move-out final readings. The new fixed network meter reading system will provide the utility with daily meter readings of all residential, commercial and industrial meter accounts.

“We expect to have better accuracy and customer service,” said Ann Arbor Superintendent Mark Taylor. “We now have estimated reads of 14 percent and we expect that number to drop to 1 to 2 percent. Plus, our customers will be able to access their billing information online. We also expect to improve our revenues significantly enough in one year to cover the cost of the project.”

The Gaffney (SC) Board Of Public Works (GBPW) turned to AMCO after a competing water meter company failed twice to help it upgrade its system. GBPW awarded the 12-month project for over 10,000 water meters to AMCO.

Recommending a mobile radio system capable of reading both water and electricity usage, AMCO consulted with GBPW from March to August 2003 and helped identify an installer for the project. A product shipment schedule was established and the water meters were completed and shipped to the installer within four months. The installation process kicked off in September 2003 and concluded in January. The combination of the new AMCO meters with Itron’s Mobile Data Collector provides enhanced efficiency in Gaffney’s meter readings. The Mobile Data Collector allows the city to retrieve meter information using radio-equipped vehicles, reducing the time needed to complete readings.

The AMCO Water meters have produced a higher low-flow accuracy, resulting in increased cash flow. At a March board meeting, the GBPW general manager reported that the city was already producing thousands of dollars in additional revenues and that the AMCO system had substantially reduced the amount of time needed to obtain readings – from four weeks to one. 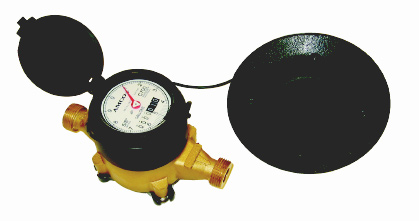 Scheduled for completion by the end of 2005, the project began recently with the Grand Strand Water and Sewer Authority performing its own installation. AMCO Water is consulting with Grand Strand on the installation process, monitoring the situation and assisting the city in getting its eight installers trained.

When the project is completed, the Grand Strand Water and Sewer Authority anticipates that the new system will result in increased revenues from more accurate readings, and in addition will allow it to fully utilise its resources.

Like Gaffney, the Collier County (FL) Utility Billing and Customer Service (CCUBCS) department benefited greatly by changing the type of system it initially sought after consulting with AMCO.

Collier County was growing and needed to upgrade its population of more than 40,000 meters to a system that was faster and less resource-intensive. In 1997, shortly after AMCO helped CCUBCS launch a 120-unit scan read pilot programme, Itron introduced its Water Pit ERT. After consulting with AMCO, CCUBCS changed the pilot to a walk-by AMR and subsequently expanded it to 600 units. The results of the pilot were very positive, but when Itron launched its DataPac reader, CCUBCS changed the pilot again – this time to a drive-by AMR system.

CCUBCS chose a drive-by AMR system with AMCO absolute encoders because of the system’s speed and efficiency, and the ease with which the meters could be installed and maintained. The system also included direct read capabilities using Itron handhelds and MV-RS meter reading software. Some 8,000 meters were retrofitted and 32,000 were replaced. County personnel performed about half the installations, while third-party contractors took care of the remainder. AMCO provided customer support and consultation throughout the life of the project. Collier eventually retired the DataPac and is currently using Itron’s MC1.

Collier County now has a more efficient and cost-effective way to read its meters. A direct read system would require Collier to increase the number of its meter readers and vehicles, thus driving up its operating expenses.