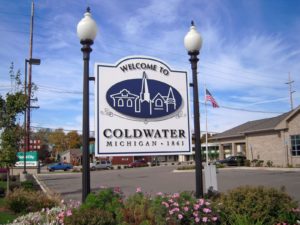 A small city in America’s midwest has adopted a hybrid system of advanced metering infrastructure (AMI) and automatic meter reading (AMR) in a cost-cutting efficiency move that will interest small-scale utilities worldwide.

Coldwater in the US state of Michigan will this month adopt a new water and electrical meter reading system using Tantalus technology in a bid to redeploy meter reading employees to other functions within the utility.

The Coldwater Board of Public Utilities had installed 50 water and 300 electric smart meters, which when using Tantalus Utility Network will be able to read nearby legacy AMR meters by picking up data from the encoder receiver transmitter and sending it back to a central database, reports local newspaper The Daily Reporter.

A representative of the utility said the smart meters use a private, closed, 800 megahertz radio system to report to collector nodes, which transmit the data by CBPU fiber of telcom systems to a central computer.

The city utility developed the system with Tantalus to avoid the cost of replacing AMR meters. These units will only be substituted with smart meters when they fail, said the spokesman.

Commenting on the effectiveness of the new system, the spokesman said: “In the field, the range of the system is greater than expected and the reliability of reads, especially on hard-to-read water ERTs, is better than expected.

“With ERTs installed on 100% of our system, having a viable option to continue to use these AMR assets without delaying or sacrificing our ability to implement advanced applications like load control is invaluable.”

The hybrid system is also expected to offer other smart meter benefits such as alerting the utility to power outages and helping to make more efficient decisions on buying power supply as well as two-way communication with customers.

In December 2014, Tantalus made public that more than 15 municipal and cooperative power utilities across the US are engaging with the AMI overlay solution.