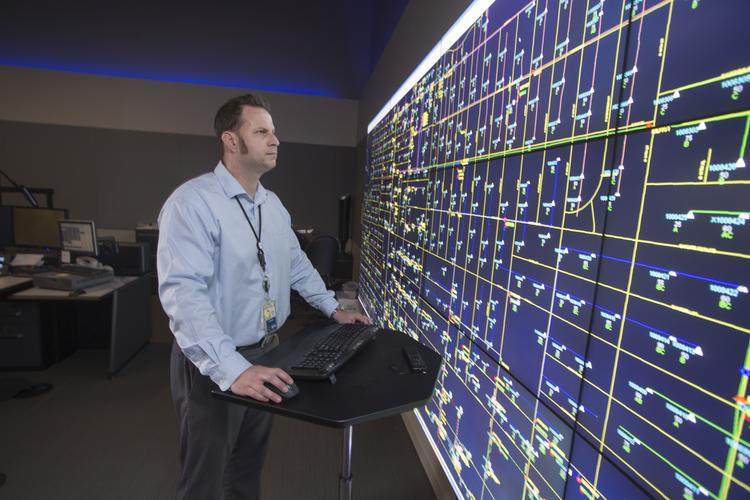 In a combined statement, the Arizona based power company said it has managed to enhance its grid management to near real time by installing Bridge Energy’s Geospatial Visualisation System at energy control center.

The technology allowed the utility to translate grid data from the table format into a visual display. The solutions provider claims that the development has improved the utility’s grid situational awareness and ability to respond to potential grid problems.

The project was deployed under the the utility’s efforts to enhance its management of grid network 35,646 square-miles (92 322,7 square km) in length comprising 1,2 million customers.

[quote] The new system allows APS to centrally view and process data from 900 substations, 1200 transmission lines and 75 generating units at its energy control center geospatially in map layers and graphically via dynamic dashboards.

ISGAN is an organisation that brings together governments and their stakeholders to accelerate the development and deployment of smarter electricity grids through knowledge sharing, tool development and project coordination.

Commenting on the benefits of the project, Eric Silagy, CEO of FPL, said: “Leveraging advanced solutions such as the Automated Fault Mapping Prediction System, gives us unprecedented visibility across the grid so we can more quickly detect and prevent many issues before they become problems for our customers.” [North America leads smart grid sensor market through to 2021].

In deploying the smart grid project, FP&L focused on using grid data to intelligently monitor its network in real time. The project is claimed to have reduced power outages and improved the utility’s service delivery by 25% over the last five years.

FPL said the technology deployed in the project has also helped in reducing operational costs and system reliability to place the utility’s grid management nearly 50% above the national average.