Badger Meter has been manufacturing water meters in the United States since 1905, and today offers a comprehensive line of residential and commercial meters. Badger® products include disc-type positive displacement meters as well as turbine, compound, fire series, and magnetic flow meter models. Badger was among the first to introduce AMR to North American water utilities, and maintains a leadership position in annual as well as cumulative water AMR sales in the U.S.

MI: What is Galaxy? 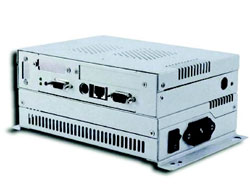 Wenzel: Galaxy is an exciting new product for us at Badger Meter – our first RF (radio frequency) wireless fixed-network AMR system. It combines what we see as the best features of systems currently available with some fresh new thinking, and the result is some pretty surprising performance from an economical product. Badger and Miltel Communications Ltd. have recently formed a strategic alliance to develop and market Miltel’s AMR technology.

MI: What is Miltel’s role?

Wenzel: Miltel developed the technology and has been marketing it in utility and submetering applications worldwide. They have significant installations in Europe, Israel, China, and elsewhere. Badger has received the exclusive rights to market Miltel’s fixed-network technology for the North American water utility market, and we’re working with Miltel to tailor the product specifically for that application.

MI: What is Badger’s contribution?

Wenzel: For one thing, we’ve been in the water AMR business right from the start, and we have a good idea of what it takes for a product to survive in some pretty extreme environments. There will be a package specific to meter pit applications, as well as a remote-mount package.

We offer a fully pre-wired, pre-programmed system that installs easily – there’s no need to make wiring connections in the field. We don’t use screw terminals, which can corrode or loosen – all wire terminations are offered in fully potted enclosures, suitable for continuously submerged environments. This also allows us to test the complete system before shipment, and assures the customer that system integrity is maintained during installation.

We also bring to the party a solid distribution network and a reputation for supporting our customers. There’s been a lot of turmoil in the U.S. metering and AMR industry lately, and we think our customers appreciate that we’ve been around for a long time – almost one hundred years – as Badger Meter.

MI: What does the system consist of?

Wenzel: There are three basic hardware components – the meter transmitter, the data collector, and signal repeaters. The transmitters are available with inputs to accommodate either one, four, or as many as nine meters. Data collectors are based on industrial microprocessors that are simple, rugged, and readily available. The signal repeaters are an important key to the overall economics of the system, because they allow most efficient use of the data collectors.

What I mean by that is that a data collector has the memory and processing power to accommodate about 8,000 meters, but in a typical residential setting it is in RF range of less than 1,000 transmitters. With some systems, the only solution is to keep adding more data collectors until all transmitters are received, even though the collectors are only operating at a fraction of their capacity. With Galaxy, we add low-cost signal repeaters to effectively increase the coverage of the data collectors. We think this is the most efficient way to construct the system.

MI: What happens after the data has reached the collectors?

Wenzel: Now it’s in a safe place. The collector maintains a database that includes the last-received transmission for each meter account, as well as some diagnostic data to help monitor system performance. The data collector has a non-volatile flash memory, which means that no data is lost in the event of a power interruption. When power is restored, the processor restarts itself and goes about its normal business. There’s a modem in place which allows the collector to communicate to the outside world. The data would typically be downloaded daily into the utility office’s host computer, which can be any Windows-based PC with a modem. A full-scale database management program is available which allows the archiving and processing of customer account data. The system provides reports, queries and many other housekeeping and maintenance tools. It also passes the data easily to the utility’s billing software, with little or no modification to the existing system.

This is where the fun begins, because we have some really powerful software to make it easy for the utility to get maximum value out of all this data.

MI: What kind of value are you talking about? 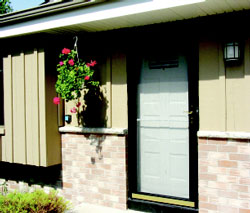 Wenzel: It’s amazing how many uses there are for this information. For instance, leak detection can be spotted quickly, saving the homeowner from costly water damage. This can be done either at the transmitter level or by the host computer. A non-advancing meter can be flagged, to warn of a broken or vandalized unit. Total consumption of meters in a neighbourhood can be compared to the flow in the main line feeding that neighbourhood, to spot unaccounted-for water loss. Meter flow rates can be analysed to ensure that meter sizing is appropriate.

Some of the greatest value is in the area of customer service for the utility. Service representatives with immediate access to a customer’s daily readings are better equipped to resolve disputes quickly. Daily readings mean that billing can be staggered. For example – suppose a utility that bills monthly divides its customers into four groups and bills one group each week. Calls to customer service reps, which usually occur shortly after bills are received, will now be evenly spaced throughout the month instead of all coming in at the same time. This allows the most efficient use of customer service resources.

These are the types of value that are often overlooked when a utility first considers an AMR system, but later prove their potential for economic savings.

MI: What else sets Galaxy apart? 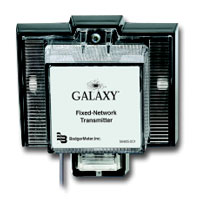 Wenzel: Well, as I mentioned, we have transmitters that can accommodate as many as nine meter inputs. Since the endpoint transmitters represent most of the overall system cost, that can translate into some hefty savings. One really neat idea that Miltel employs has to do with antenna technology. We all know that reception of RF signals can be somewhat unpredictable at times. Galaxy employs a novel combination of hardware and software, which provides better performance for only a very slight increase in cost. In addition to hardware innovations, Miltel has implemented sophisticated ‘anti-collision’ and ‘anti-storm’ software algorithms – all leading to superior signal reception.

I mentioned earlier that we use repeaters to extend the coverage of the data collectors. These can be either AC line-powered or solar-powered. With the solar power option, installation of the repeaters is really easy. No external power connection or phone line is needed – just mount the system on a pole and forget it.

Finally – and this is a big plus for us – we’re able to offer Galaxy with our high-resolution RTR digital encoder. The RTR offers one-gallon resolution in residential applications, instead of the more usual ten, fifty, or even one hundred gallon resolutions. There’s a lot more you can do with meter data when you have this extra level of resolution. Daily reads aren’t nearly so useful when they’re only accurate to the nearest fifty gallons.

Wenzel: Almost. We’re setting up our facility to do the packaging, and we’re doing environmental testing to assure ourselves of a robust product. If there’s one thing we want to be known for, it’s making sure a product is proven before it gets into the field.

Badger Meter will preview Galaxy to our customers at AMRA’s annual symposium in September. We hope to generate a lot of excitement.

MI: Thank you for your input.

How US utilities are leveraging IIoT for smarter and safer cities