Bids open today for two projects being run by the South Dallas County Water Authority.  The projects will replace eight miles of pipe and keep services running after a severe weather incident.

The plan includes replacing 841 water meter assemblies and the installation of a diesel generation at one of the utility’s pumping stations.

“The main thing was that we had so many service lines leaking. Someone would have to dig up and replace them. With the line loss, it was a big expense to the system.”

While replacing pipe, Pouncey said the water authority plans to replace all current meters with ones that transmit radio signals, which would more accurately read usage.

“Instead of going up to the meter, one truck can drive down the road and read the whole system,” he said. “Older meters record less gallons and eventually become a dead meter.”

On average, leakage is five to seven million gallons per month, said Torrey Jones, who runs the water authority’s management company. The leakage means about 35 per cent of the total water pumped each month is lost.

“Line loss is basically the difference between the amount pumped each month and how much you sell,” Jones said. “It’s just unaccounted for line water.”

The increased efficiency likely won’t have a significant effect on customers, Jones said.

The entire project will be funded with a loan through the Clean Water State Revolving Fund and the Alabama Department of Environmental Management. About half of the loan will be forgiven, leaving the South Dallas County Water Authority with about $470,000 to pay back. 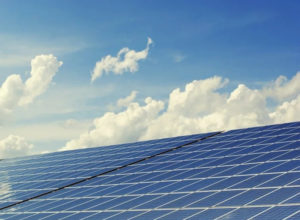