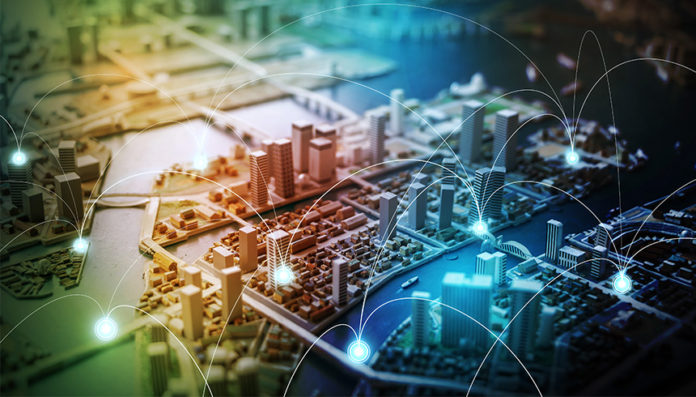 The new smart city programme is designed to support the City Council’s adopted Climate Action Plan goals. The project began in 2014, with a request for proposals from the firms that could design and implement a comprehensive package of utility savings measures and infrastructure upgrades.

The city included a critical financial requirement – to make the project feasible, with the infrastructure improvements paying for themselves over time without the need for any upfront capital expenditures from San Leandro’s general fund. [Denver could home to ‘one of the most futuristic smart city developments’]

“As we continue to live with limited natural resources, it’s important that the City lead by example in being more efficient with our municipal operations,” stated Public Works director Debbie Pollart. “Budget savings that are achieved on our utility bills through this programme will be reinvested to fund additional municipal efficiency projects.”

Through this new partnership, the City expects to save $8 million over 15 years through strategic reductions in energy and water usage, while realising over $1.5 million in positive cash flow over that same period of time. In addition to the financial benefits, San Leandro’s investments in clean infrastructure will reduce the City’s greenhouse gas emissions by 1,390 metric tons annually. That’s the equivalent of 3.3 million miles driven in a year. [US gov announces $165m for smart city solutions]

“San Leandro embodies sustainability in action. We invest in green infrastructure and programs to ensure that our City furthers its legacy as a smart and sustainable community,” added Mayor Pauline Russo Cutter.

As part of the programme, 4,730 city street lights will be replaced with LED smart lights, and a wireless mesh network will be installed on the City’s street light poles. The wireless network will connect to a centralised management control system utilizing the City’s fiber optics network for high-speed communications, leading to reduced energy usage. The network will enable remote management of the lighting system, leading to reduced outages and an improved ability to optimise the lighting configuration by location.

This design will also prepare the City to potentially support additional smart city applications in the future, such as integrated parking systems, public wireless internet service, traffic signaling, and more.

The comprehensive project, which also includes installation of new, high-efficiency HVAC equipment, interior/exterior LED building lighting, and smart irrigation clocks in several City parks, is anticipated to begin in mid-November and be completed within nine months.